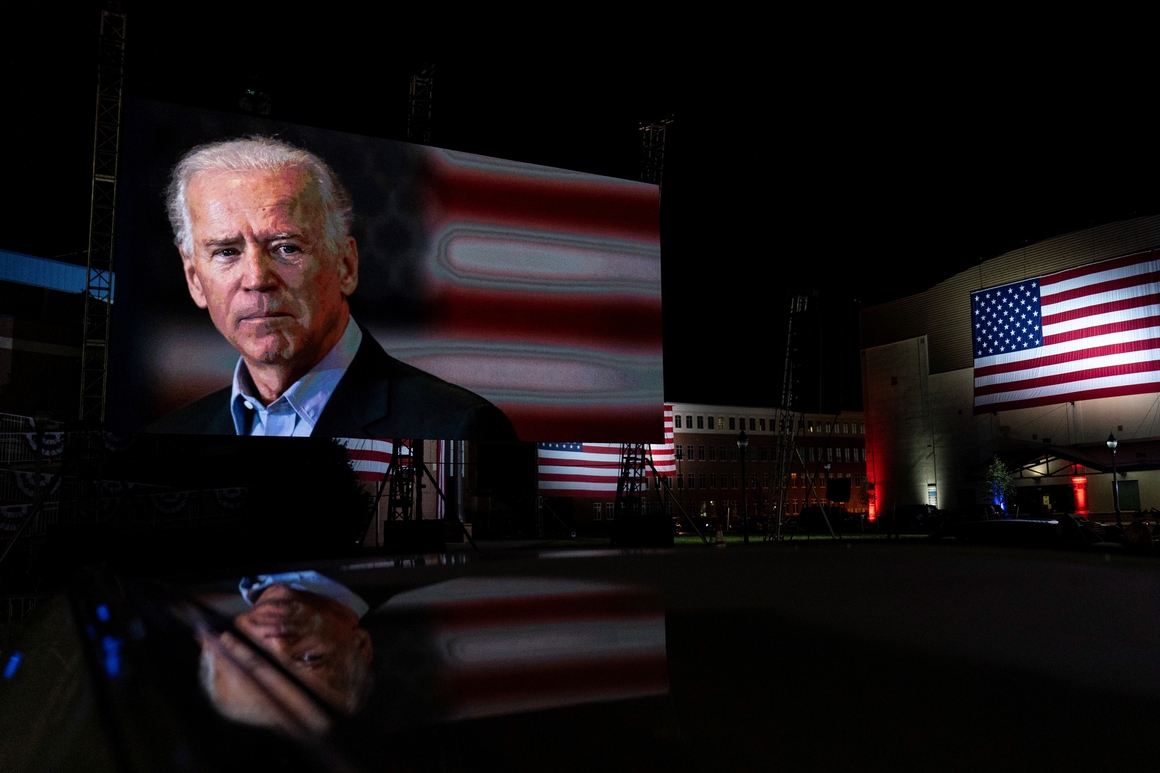 Joe Biden has two words for President Donald Trump on his fitness for office: “Watch me.”

The Democratic presidential nominee issued the direct call to Trump when asked by ABC’s David Muir to respond to Trump’s recent blistering attacks on Biden’s mental acuity during a joint interview with his running mate, Sen. Kamala Harris, that aired Sunday night.

“Watch me, Mr. President,” Biden said as he gestured for Trump to approach him. The former vice president, referring to Harris, encouraged voters to “look at us both, what we say, what we do, what we control, what we know, what kind of shape we’re in.”

Trump, who has frequently referred to his 77-year-old opponent as “Sleepy Joe” in tweets and speeches, has tried to paint Biden as mentally unfit for the presidency during the final stretch of the 2020 campaign. The Trump campaign has even zeroed-in on Biden’s age and mental competency with television ads showing the former vice president stumbling over his remarks.

Biden said it was fair for voters to question a candidate who was over 70 years old about his or her age, but the former vice president sought to dispel concerns Americans may have about this age.

“The only thing I can say to the American people: It’s a legitimate question to ask anyone. Watch me,” Biden said.

Biden, who has previously referred to himself as a “transition candidate” if elected in November, also left the window open that he could consider serving more than one term in office.

“Absolutely,” Biden said when asked by Muir about the possibility of serving as president for eight years.

Biden clarified his past remarks as “building the bench” within the Democratic Party to create a new generation of leadership.

“So [what] I want to do is make sure when this is over, we have a new Senate, we won back statehouses, we’re in a position where we transition to a period of bringing people up to the visibility that they need to get to be able to lead nationally,” Biden said. “And that’s about raising people up. And that’s what I’m about.”