The intensifying hostility between the intelligence community and Capitol Hill is poised to deprive the public of its best shot to learn of global dangers facing the country ahead of the 2020 election.

Amid a toxic political atmosphere and with only a handful of legislative days remaining before Congress leaves town for the campaign, lawmakers and aides said Tuesday it is almost certain that the Senate Intelligence Committee will not hear testimony from Director of National Intelligence John Ratcliffe, as well as the chiefs of the NSA, CIA and other agencies, before November’s election.

And even though the annual “worldwide threats” hearing is the only opportunity for the intelligence chiefs to discuss risks to the election and other U.S. interests in an expanded format, some senators said it would be improper to hold the session so close to Election Day.

“The worldwide threats hearing, less than 50 days before a presidential election, I’m not sure that that timing is particularly good,” said Sen. Roy Blunt (R-Mo.), a member of the Senate Intelligence Committee and of GOP leadership. “But I would be very concerned if they stopped coming up and talking to the Intelligence Committee.”

The public isn’t going to be completely in the dark. Some top administration officials, including FBI Director Christopher Wray, are slated to appear Thursday before the House Homeland Security Committee to offer testimony on national security threats.

But the failure to get intelligence leaders before the historically nonpartisan Senate Intelligence Committee is a blow to efforts to inform the public and marks the latest in a series of norms tossed aside amid an increasingly pointed feud between the Trump administration’s intelligence officials and their overseers in Congress. 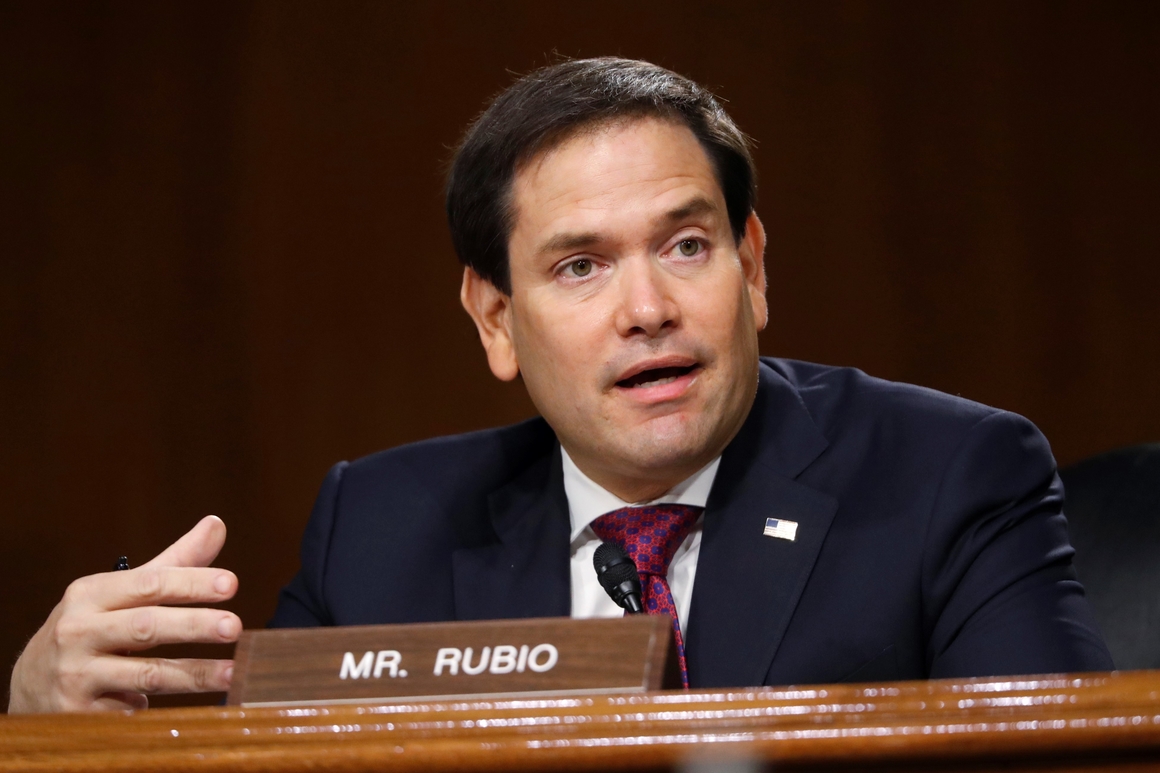 In recent weeks, Ratcliffe has significantly scaled back in-person election security briefings for lawmakers as Democrats have pressed the Trump administration for additional disclosures on foreign threats to the 2020 election. A public hearing would be one of the best ways to elicit that information, especially as President Donald Trump and his allies continue to emphasize influence campaigns by Iran and China, rather than Russia — even though intelligence officials say the Kremlin poses the most acute threat to the election.

Meanwhile, a Department of Homeland Security whistleblower has alleged that intelligence reports on Russian interference have been manipulated and suppressed for political reasons — prompting both the House and Senate intelligence panels to investigate.

Sen. Marco Rubio (R-Fla.), the acting chairman of the Intelligence Committee, said the annual global threats hearing should “always” take place, and said he is still working to iron out a date and time with the intelligence chiefs. Typically, the hearings take place between February and May. He also dismissed the upcoming House hearing because that committee has jurisdiction over separate matters and is not hosting all of the intelligence chiefs.

But Rubio, who has lately lamented the breakdown of the committee’s oversight process due to increased politicization and once expressed doubt that a threats hearing would take place this year, said he wasn’t worried about holding the hearing so close to the election.

“It would be preferable to do it before the election, but we need to have one,” Rubio said.

Rubio and Sen. Mark Warner (D-Va.), the Intelligence Committee’s vice chairman, had pushed Ratcliffe to publicly testify about global threats before Congress’ month-long summer recess and ahead of the final leg of the 2020 campaign.

The spy chief later offered to appear in August but limit his remarks to an opening statement before moving the session behind closed doors. That would ensure Ratcliff wouldn’t have to answer questions from senators that could be turned into cable-news clips if he contradicted Trump’s public claims, as happened when intelligence chief Dan Coats testified last year.

The proposal was rejected by Rubio and Warner, according to two sources familiar with the negotiations.

The back-and-forth underscores the Intelligence Committee’s months-long struggle to secure a worldwide threats hearing, even after Ratcliffe committed during his confirmation hearing in May that he would appear at one.

A spokeswoman for Ratcliffe reiterated his pledge but referred to letters he wrote last month to both Intelligence committees in which he said he would only answer questions in “closed sessions.” Democrats have argued that Trump and Ratcliffe are trying to downplay the threat of Russian meddling, which the intelligence community has said is again intended to boost Trump. Republicans have countered that Democrats are trying to weaponize the Russia-related intelligence against the president.

Ratcliffe and the other intelligence chiefs would almost certainly face a grilling from the committee over everything from election interference to North Korea’s nuclear program, as well as the coronavirus pandemic and efforts by senior officials to portray China and Iran as greater threats to the integrity of the election.

The House Intelligence Committee, meanwhile, hasn’t held a public worldwide threats hearing since 2016 because of the administration’s resistance. The panel is looking to change that by including language in its annual intelligence bill requiring the DNI to submit an annual worldwide threats assessment and then appear for a public session.

Like Rubio, Warner is trying to remain optimistic about ultimately holding a hearing despite the clandestine community’s reluctance — and even as many lawmakers acknowledge that it may be too late to arm Americans with clear and reliable information about foreign interference in the 2020 election.

“I have not thrown in the towel,” Warner said in an interview. “We have both worldwide threats and the absolute need for election security briefs. So, there are two separate paths and Sen. Rubio and I are working on both of those.”

Pressed on the dwindling number of legislative workdays left on the calendar, Warner replied: “You have an amazing grasp of the obvious.”