In a sober critique of the Trump administration’s Covid-19 response, an unreleased State Department report points to a “void of U.S. international leadership” as diplomats struggled during the early stages of the crisis to portray America as an example for the world.

The findings are detailed in a draft of the State Department’s wide-ranging Covid-19 Interim Review, a report laying out what the Department learned in the first year of the global pandemic. POLITICO reviewed excerpts of a draft of the report, which has not been finalized. It is unclear if the final document will include all the findings detailed here.

The draft notes deep frustrations that career State Department officials harbored regarding the past administration’s pandemic response. The document also takes a sober look at how the pandemic hindered U.S. foreign policy goals, and it details mistakes made in the early days of the crisis.

“[T]he decision to reassure Americans of their safety and avoid damaging the economy delayed warnings to American citizens about travel during a pandemic until well after airlines were cutting flights and borders were closing around the world,” the document reads.

As president, Donald Trump infamously downplayed the severity of the virus in its early days, comparing it to the flu. Other elected officials in both parties also downplayed the danger. Further decisions from the Trump administration caused additional harm, according to the document.

“The United States’ struggle to contain the virus, strident criticism of the World Health Organization (WHO) and other multilateral institutions, and the politicized internal debate on science and mitigation measures undermined international trust in U.S. leadership,” it reads.

“Foreign policy considerations often struggle to be heard during domestic crises; this only underscores the Department’s critical role in advocating for and building a global response to pandemics and other health crises, as a moral imperative and to ensure the health, security, and prosperity of the American people,” it continues. “The Department’s response fell short in this regard during the early phase of crisis.”

Officials at the State Department “identified the void of U.S. international leadership” as early as March 2020 and pushed for more engagement, citing the U.S. leadership in the global fight against Ebola in 2014.

“However, these proposals did not gain traction with Department or White House leadership,” the document continues. “Instead, an over-emphasis on China’s responsibility for the pandemic led to a backwards-looking focus on assigning blame for the virus, which Department research later showed was an ineffective approach to messaging, as the United States repeatedly appeared unwilling to take on greater international leadership to confront the pandemic.”

The document says the State Department ultimately found ways “to demonstrate international leadership and advance policy goals.” As examples, it points to regular calls that then-Deputy Secretary Steve Biegun held with counterparts in other countries to troubleshoot problems and discuss responses. It also praises the Department’s Bureau of Economic and Business Affairs for working to help fix supply chains for personal protective equipment. And it notes that the Department’s Office of Foreign Assistance “innovatively deployed” $1.6 billion in emergency foreign aid.

But the document also cites a number of steps the White House took that isolated the U.S. from the international community, including withdrawing from the WHO; canceling plans to host the G7 summit in June 2020; and declining to join the Covid-19 Vaccines Global Access Facility, a multinational initiative to distribute vaccines worldwide. The draft report also notes that Trump skipped the session on pandemic preparedness at the November 2020 G20 meeting. 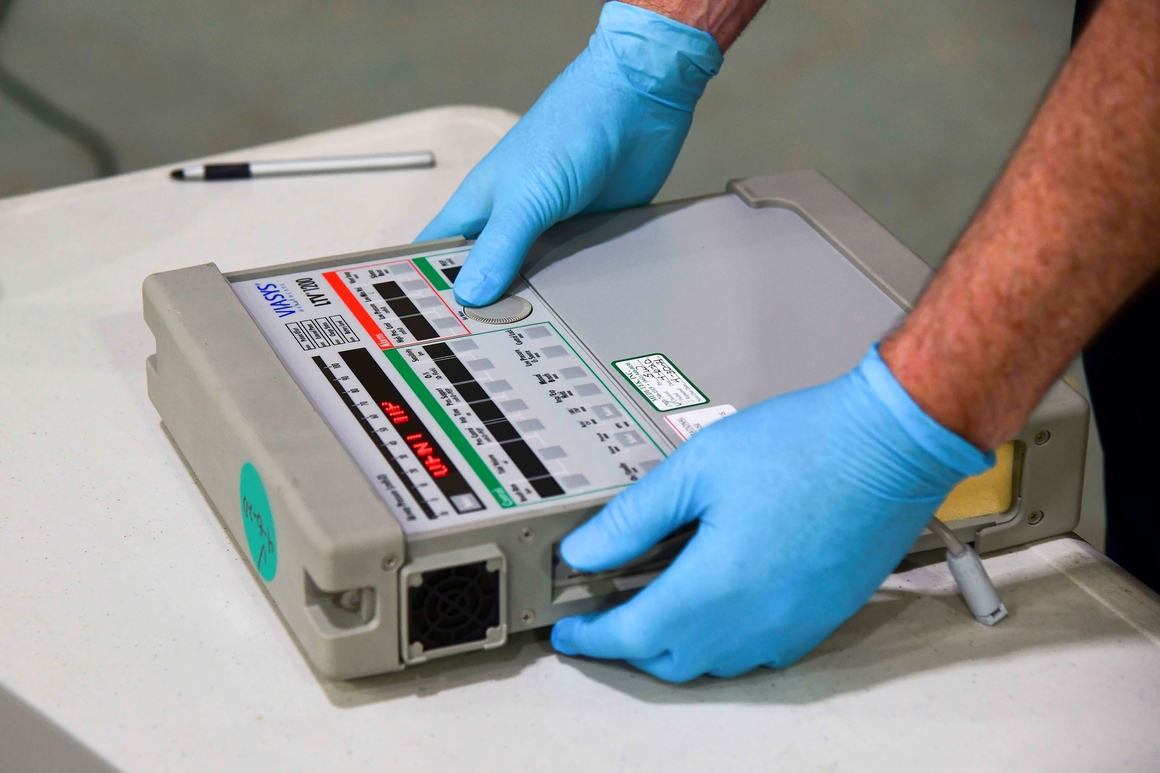 It also faults the U.S. government for focusing too much on sending ventilators around the world in the pandemic’s early days, “even though they were not the most effective intervention and, in many cases, not put to good use.”

The pandemic also “severely constrained” the Department’s ability to advance American foreign policy goals that weren’t related to the crisis, the report says, noting this problem was largely unavoidable. Restrictions on in-person gatherings, foreign counterparts’ singular focus on the pandemic, and “’Zoom fatigue’ among foreign officials” all hampered State’s efforts.

Multilateral talks were challenging over Zoom because “nonverbal cues were difficult to read through the screen and interlocutors at times were hesitant to discuss sensitive information,” it continues. “A number of overseas Missions, in the words of one post, ‘limped along’ and were able to achieve some select policy priorities only through arduous efforts.”

But there were silver linings. Some overseas posts found that virtual programming expanded their reach by making events accessible to people that wouldn’t have been able to afford to travel to in-person gatherings.

“More broadly, however, Secretary [Antony] Blinken from his first day in office has prioritized the health and safety of our global workforce, and the State Department has been at the center of the administration’s efforts to combat the virus around the world,” Price continued. “We have provided vaccines — nearly 200,000 doses in all — to our workforce, including to all of our overseas posts. We also have provided significant life-saving assistance — on a multilateral and bilateral basis — to countries around the world, recognizing that as long as the virus is spreading anywhere, it poses a threat to people everywhere, including Americans here at home. It’s also true that, as a Department, we recognize the importance of identifying and accounting for lessons learned — and that includes from episodes that pre-date this administration.”