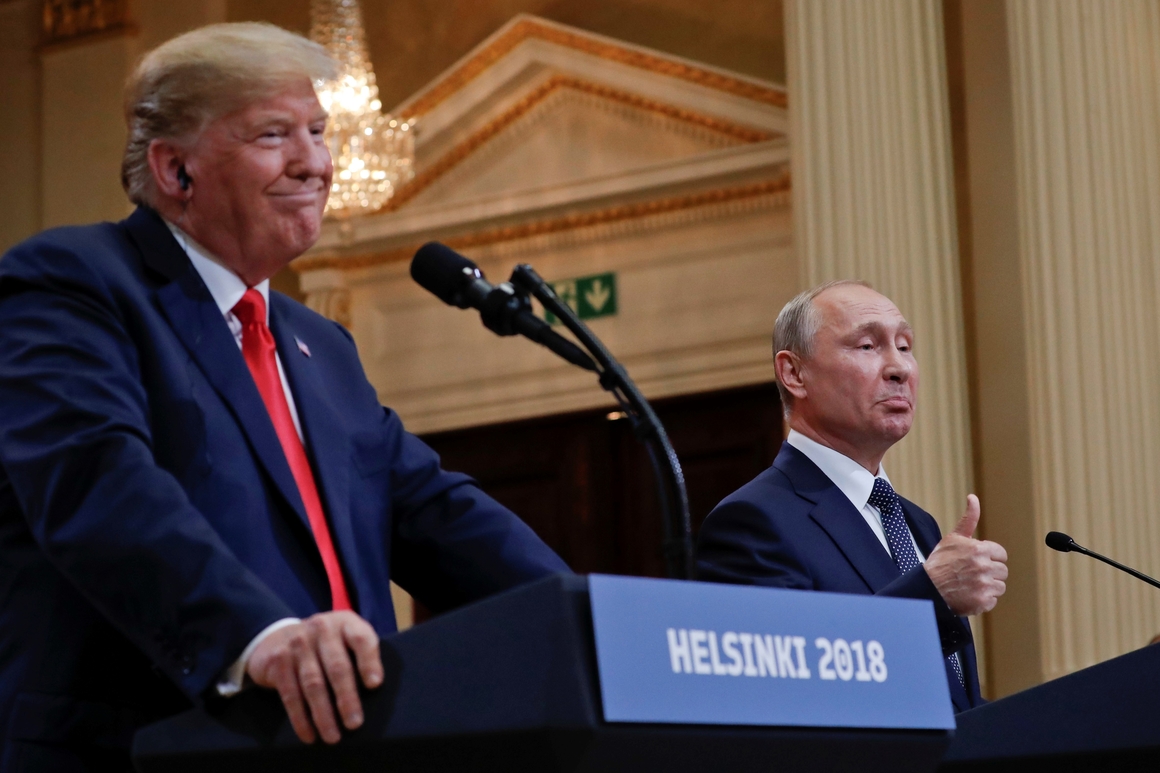 But the effort fell short of the Kremlin-backed efforts to assist Trump in his 2016 contest against Hillary Clinton, the spy community wrote in its unclassified assessment of foreign threats to the 2020 U.S. federal elections. And the agencies found no attempts by foreign countries to change vote tallies or final results.

“The primary effort,” the document added, “revolved around a narrative-that Russian actors began spreading as early as 2014-alleging corrupt ties between President Biden, his family, and other US officials and Ukraine.” It said Russia’s intelligence services “relied on Ukraine-linked proxies and these proxies’ networks-including their US contacts-to spread this narrative.”

Unlike in 2016, however, “we did not see persistent Russian cyber efforts to gain access to election infrastructure,” added the document, issued by the Office of the Director of National Intelligence.

Iran, meanwhile, waged a “covert influence campaign intended to undercut” Trump’s reelection bid without directly promoting his rivals in order to “undermine public confidence in the election process” and “sow division and exacerbate societal tensions” in the country.

“We assess that Supreme Leader Khamenei authorized the campaign and Iran’s military and intelligence services implemented it using overt and covert messaging and cyber operations,” the examination states.

The agencies found no efforts by China to interfere in the election, although one intelligence official maintained in a minority opinion that Beijing “took at least some steps to undermine” Trump’s chances, “primarily through social media and official public statements and media.”

The findings largely support previous statements from Trump-era intelligence community officials who concluded that Moscow and others were attempting to interfere in U.S. elections.

Capitol Hill Democrats and the former administration last year jousted regularly over election security. Democrats initially argued that the administration wrongly placed China in the same league as the threat posed by Iran and Russia.

The two sides went back and forth for months before reaching an uneasy truce, though lawmakers worried the final examination — initially mandated in a 2018 executive order that called for the intelligence community to produce such a report, a requirement that Congress enshrined that requirement into law in 2019 — would be slanted.

Other key takeaways: The examination found “no indications that any foreign actor attempted to alter any technical aspect of the voting process” in last year’s elections, including voter registration, vote tabulation or reported results.

A joint report issued by the Justice and Homeland Security departments similarly found “no evidence that any foreign government-affiliated actor” meddled in the voting process.

Together, the conclusions reject some of the most notorious baseless claims peddled by Trump and his allies, including that hackers aligned with foreign governments had rigged voting machines to put Biden in the Oval Office.

Other foreign nations, Lebanese Hezbollah, Cuba and Venezuela took some steps to attempt to influence the election, according to the report, though “they were smaller in scale than the influence efforts conducted by other actors this election cycle. Cybercriminals disrupted some election preparations; we judge their activities probably were driven by financial motivations.”

What comes next: Top congressional Democrats hailed the unclassified report’s release and urged election security to become a bipartisan issue.

“But the problem of foreign actors trying to influence the American electorate is not going away and, given the current partisan divides in this country, may find fertile ground in which to grow in the future,” he added.

House Intelligence Chair Adam Schiff (D-Calif.) likewise said that “both parties must speak with one voice and disavow all interference in our elections. We must guard against and seek to deter all attempts at foreign interference, and ensure that American voters decide American elections.”

In a statement, Director of National Intelligence Avril Haines called foreign malign influence an “enduring challenge facing our country” and that addressing it “requires a whole-of-government approach grounded in an accurate understanding of the problem, which the Intelligence Community, through assessments such as this one, endeavors to provide.”