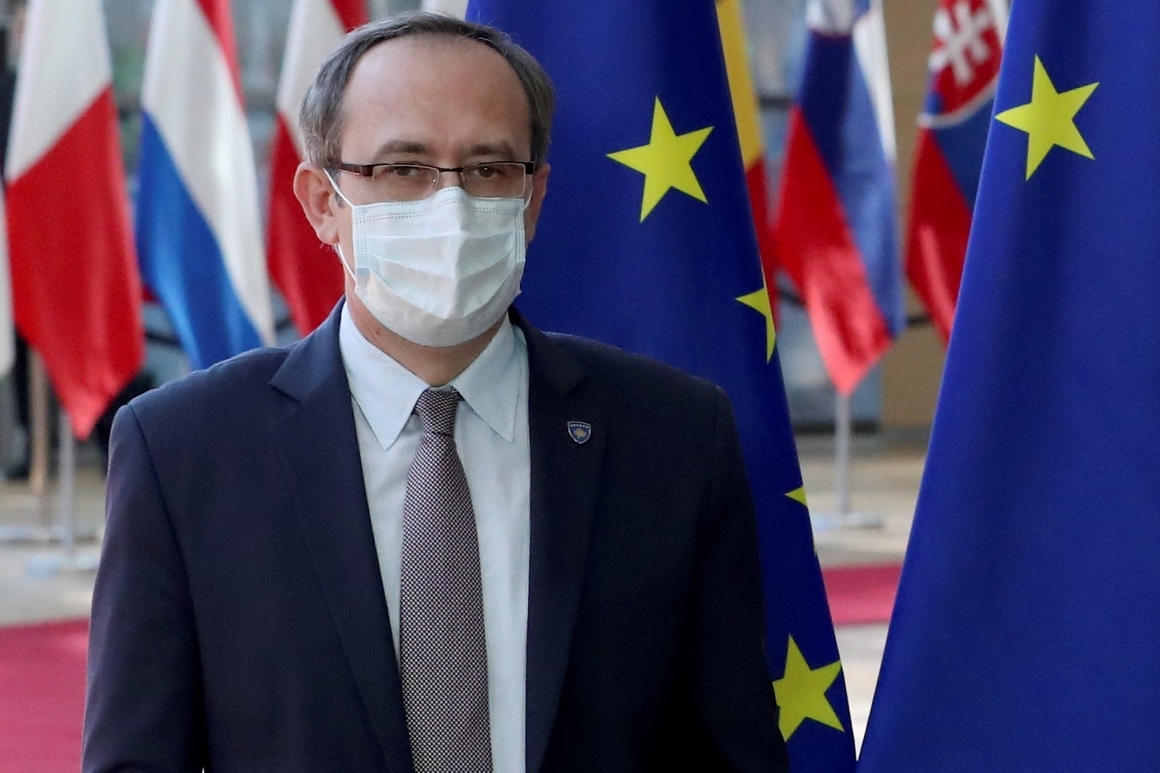 Kosovo’s Prime Minister Avdullah Hoti said late Sunday he has tested positive for Covid-19, though he does not have serious symptoms.

Hoti, who has only been in office since June, wrote in a post on his official Facebook page that he does not have symptoms “expect a very mild cough,” and will self-isolate for two weeks while working from home.

With a population of 1.8 million, Kosovo has recorded a total of 8,104 cases and 212 deaths related to the coronavirus. The government has faced criticism for the way it has handled the pandemic, which prompted protests and threatened political stability at the beginning of the crisis.