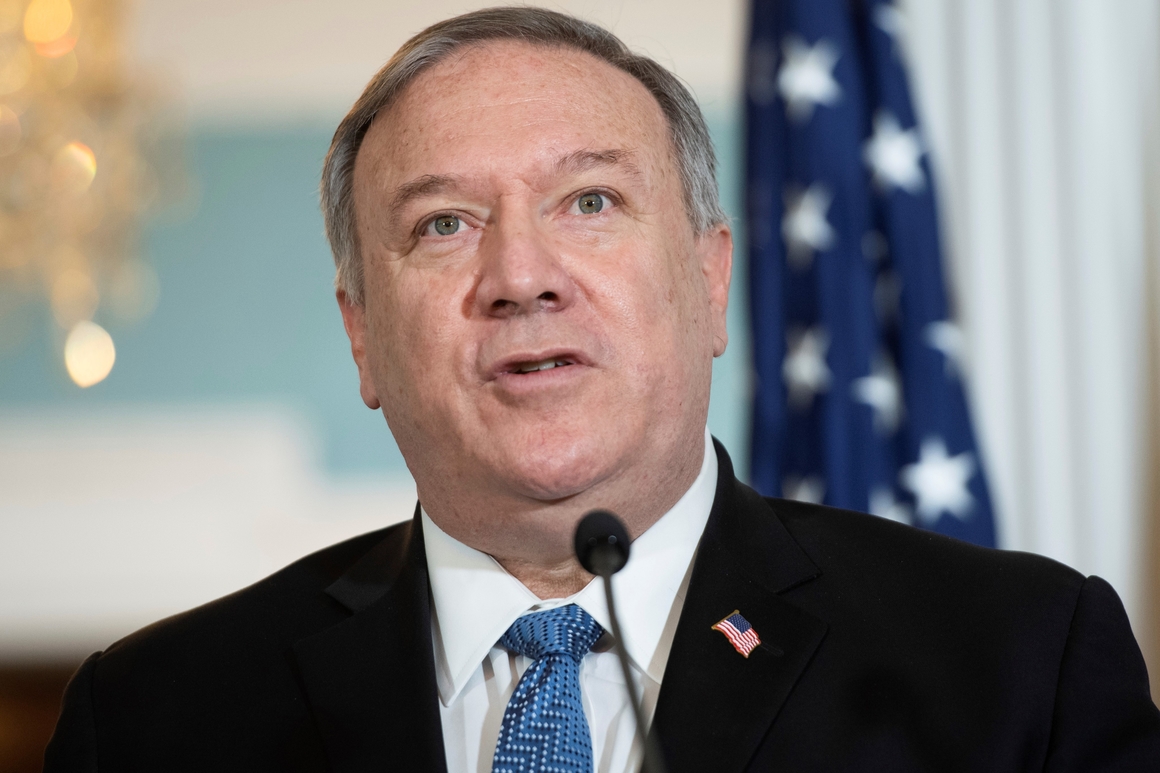 State Department officials requested the unmasking of the identities of American citizens or permanent residents or companies in intelligence reports on at least 285 occasions during the Trump administration, with former Secretary of State Mike Pompeo making at least 33 such requests, records obtained by POLITICO show.

Pompeo, who was sworn in in April 2018, appears to have gone on an unmasking binge in late 2019 and early 2020. His first request came on August 23, 2019, and they seemed to accelerate thereafter, reaching a frequency of several per week in late April and May 2020, when the newly released summary ends.

The spring 2020 timeframe coincides with an aggressive effort by President Donald Trump, his aides and congressional Republicans to attack Obama administration officials for their use of the unmasking procedure in 2016 and 2017 as concerns grew about Russian interference in the U.S. presidential race.

“The document highlights the fact that ‘unmasking’ is really a routine procedure,” said Steven Aftergood, a classified information expert at the Federation of American Scientists. “At the State Department alone, it is pursued nearly every week if not every day. Allegations by Trump that unmasking was somehow a nefarious move are in retrospect seen to be ridiculous.”

Still, some top officials are notably absent from the lengthy list. According to the newly released records, Secretary of State Rex Tillerson, who served as Trump’s first chief diplomat, never requested a single unmasking during his 14 months on the job.

The list shows 95 unmasking requests made during the last year of the Obama administration. No request was recorded as coming from the secretary of state at the time, John Kerry, or his office.

While Pompeo and some other senior State officials were publicly identified as requesting unmaskings, the names of those making many of the requests were deleted from the released version on privacy grounds. A large volume of the requests from State came from its Bureau of Diplomatic Security, which provides protection to diplomats around the world and tracks threats to American businesses.

The State Department’s summary lists the office responsible for each request, but does not appear to consistently reflect which specific official requested an unmasking until around May 2019. Most requests after that time are linked to a named official, although the department withheld many of the requesters’ names on privacy grounds.

An assistant to Pompeo did not immediately respond to a request for comment Thursday.

A State spokesperson said its Diplomatic Security Service makes unmasking requests in the course of its investigations.

“DSS is a law enforcement organization with investigative authority. DSS makes requests, as appropriate, consistent with that authority,” said the spokesperson, without elaborating further.

A report issued last April by the Office of the Director of National Intelligence said that 7,724 unmasking requests came in from across the government in 2019 to the country’s 17 intelligence agencies. Of those requests, 6,845 were approved. Requests can come from certain federal officials as well as some state and local governments.

In January 2018, responding to President Donald Trump’s repeated complaints about Obama-era unmaskings, Director of National Intelligence Dan Coats issued a directive tightening the requirements and ordering more reporting on use of the authority. That order also said agencies must record exactly who requested an unmasking, why and the names of any other individuals who will receive the information. Coats also put special limits on the use of such information during a presidential transition.