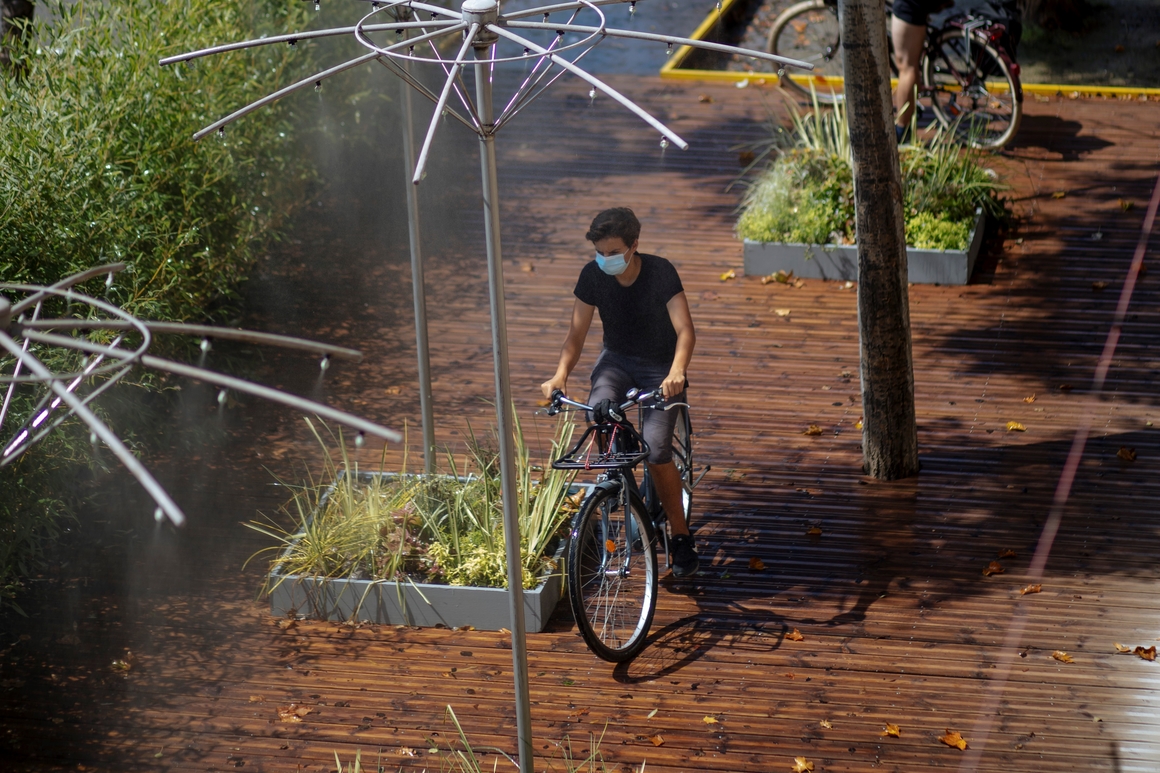 PARIS — Some Paris residents love spending August in the city for a very Parisian reason: Most of their fellow grumpy Parisians are gone.

But the coronavirus is making this August a source of anxiety rather than pleasure. There may be fewer tourists around due to Covid-19, but health authorities have warned that the city is already in the early stages of a “pandemic rebound.”

And those of us who stayed in Paris are stuck not just with a heatwave but with people flouting the rules imposed to curb the virus. The mask-less masses are baring their teeth and showing their noses at free parties (clandestine techno raves) — as well as in restaurants and shops, where masks are meant to be mandatory.

It would be a mistake to see this defiance as mere carelessness or summer insouciance. It is a symptom of various ills, including distrust in politics and social and economic division. Both have been exacerbated by the virus.

Last week, Maxime Nicolle, a leader of the anti-establishment Yellow Jackets movement, declared in a video that masks were useless — and made his point by puffing on a cigarette before donning a mask and showing that smoke still came through.

In the midst of Facebook posts suggesting masks are equipped with chips to control our movements, anti-mask activists discuss gathering in Paris in September.

Beyond those fringe protesters, a greater proportion of Parisians simply doesn’t trust a government that said for months that masks were of little use in fighting the pandemic.

Others — such as people living in small, airless apartments and densely populated poor neighborhoods — feel they have little choice but to put their immediate comfort before their long-term health. Social distancing is a luxury they can’t easily afford.

Also among the corona rebels are kids pulling stunts on their bikes, taking over Place de la République and enjoying some maskless fun. It feels harsh to condemn them for letting off steam after months of lockdown and a chaotic school year.

And it’s easy to sympathize with those who argued angrily that the rules hit some much harder than others.

When city authorities announced last week that mask-wearing would be compulsory in some outdoor areas, maps showed the measures would mainly affect the lower-income east and north of Paris. Officials said there was no intention to target the poor — the zones just reflected densely populated areas. But the fact remains that the richest arrondissements have more room for maneuver, literally.

Paris has not fully recovered from the pain of lockdown, when police controls were reinforced in the northern suburbs to such an extent that the Defender of Rights — an official but independent watchdog — warned of  “social and territorial inequalities” increased by confinement. The anger has not gone away; it seems to be simmering in the heat.

From my fifth-floor apartment in the hipsterish 11th arrondissement, this unique Parisian summer is reflected in the cityscape.

In the distance, Montmartre still appears like a romantic postcard that tourists dream of, even though they have deserted its famous steps since the police banned gatherings there. The Île-de-France tourist office says 16 million tourists are missing this year, leaving restaurant owners with half their income.

On elegant boulevards, the chambres de bonne — small rooms under the roof, built for servants and now home to low-income renters — have the windows wide open. A few floors down, shutters on most of the bourgeois apartments are closed. Many owners left for their Normandy country homes during the first pandemic peak; now Brittany is said to be the trendy destination for its cool temperatures.

At ground level, a few tents housing underage migrants remain from what looked like a grotesque holiday camp until the authorities discreetly dismantled it one morning. I sometimes still see a boy changing his socks on a bench before he quickly disappears.

On a parallel sidewalk, cafés have set up temporary terraces on parking spaces, where young Parisians enjoy cocktails with rare types of alcohol from Japan. I wanted to sample one, but only the waiters wore masks inside and people at a neighboring table looked at me strangely when I asked if they could move a reasonable distance away. I drank some water and left.

Paris feels torn between indulging in a state of denial over the danger of Covid-19 and imposing a state of siege to fight off an impending storm, whipped up by a resurgent virus, economic trouble and a city filling up again after the summer break.

Even after the heat subsides, it could be a long time before Paris can truly breathe easily.