BOSTON — Sen. Ed Markey is going where few Massachusetts Democrats have dared to go before. He’s not only attacking his challenger, Rep. Joe Kennedy III, he’s throwing shade at the Kennedy family, the state’s equivalent of political royalty.

In an ever more contentious battle between a septuagenarian senator and the scion of one of the nation’s best-known dynasties, Markey is calling out specific Kennedy family members by name, needling the wealth and privilege that attaches to the family name, and even drawing from the Kennedy myth in his bid to fend off his youthful challenger.

At one time, that approach might have been a career-killer in Massachusetts Democratic politics. Yet Markey has employed it successfully to help narrow a double-digit polling gap with the primary just over two weeks away.

“It’s unconventional. That’s the only way to put it,” said Democratic strategist Wilnelia Rivera, who advised Rep. Ayanna Pressley in 2018. “The Democratic Party in Massachusetts is the house the Kennedys built.”

Kennedy, the son of former U.S. Rep. Joe Kennedy II and the grandson of Robert F. Kennedy, is vying to become the fourth member of his family to win election to the Senate. Markey, who has held office in Massachusetts for more than 40 years, can’t hope to match his star power.

Instead, Markey has focused on his own policymaking credentials and contrasted his own humble origins with his rival, who was selected to give the Democratic response to President Donald Trump’s State of the Union speech in 2018.

When a Boston Globe columnist drove by Markey’s modest house in June to see if he was there or out of state, the Malden Democrat happened to be standing in the driveway.

“Welcome to the compound!” he quipped, a sly reference to the famous Kennedy compound in Hyannis Port.

Markey often invokes his own father, who was a milk truck driver, to draw a contrast between his own working class roots and his opponent’s upbringing. The senator recently posted a black-and-white childhood photo with his parents and two brothers.

“I’m the son of a milkman and a hardworking mother. I was a commuter student who paid my way through college selling ice cream. Where I come from, no one expects to become a U.S. senator,” Markey captioned the photo on Instagram.

Markey has made subtle references to the Kennedy family throughout the summer, but has ramped up his messaging in recent days. The most pointed hit came at the end of a campaign video unveiled Thursday, where he drew on a famous line from the inauguration speech of his challenger’s great uncle, President John F. Kennedy.

“We asked what we could do for our country. We went out, we did it,” Markey says at the end of the video, with his arms crossed and rock music playing in the background. “With all due respect, it’s time to start asking what your country can do for you.”

The video garnered more than 2.5 million views on Twitter in 24 hours.

“He’s taking the elephant in the room and just going right at it. He’s using the most identifiable characteristic of Joe Kennedy, which is his name, and trying to use it against him. It’s an interesting campaign tactic and one I wouldn’t have anticipated,” said Steve Koczela, president of the MassINC polling group. “It puts Kennedy more on the spot to explain why he’s running, and that’s something he’s struggled with throughout the campaign.”

Markey is betting that much of the Kennedy mystique has worn off, 11 years after Ted Kennedy — who held the state’s other Senate seat for nearly a half-century — passed away. So far, the strategy appears to be working, particularly among younger voters who have responded to his support for the Green New Deal and his endorsement from Rep. Alexandria Ocasio-Cortez.

Koczela pointed to a MassINC poll from October 2019, which showed 70 percent of voters under age 30 had no opinion or had never heard of Markey. But a UMass Amherst poll released last week found Markey now leading that group over Kennedy with 71 percent of support.

“It’s Camelot. Just because they may not be resounding in the national scene the way they had in the past, they still have that same importance in the reality of Massachusetts. But over the course of the last 20 years in Massachusetts, there has also been a lot of change,” Rivera continued.

In their most recent debate, Markey took some of his toughest shots against Kennedy, seeking to use Kennedy’s powerful family against him. Kennedy’s father, former Rep. Joe Kennedy II, may put his $2.8 million in leftover campaign funds into a pro-Kennedy super PAC as a last minute boost for his son’s Senate bid, and Markey sought to shame him for it.

In a matter of minutes, the senator’s campaign turned the debate spat into a viral video. “Free advice for Joe Kennedy. Don’t rely on the old man’s money,” Markey captioned the video, which begins with a shot of Kennedy standing on a yacht and is set to the Hall and Oates song “Rich Girl.”

What happened in the debate stuck with Kennedy, who is planning a press conference here Monday to discuss the race and address “Markey’s attack on the Kennedy family in the last debate,” according to a press release. The congressman has shied away from talking about his family over the course of his campaign. 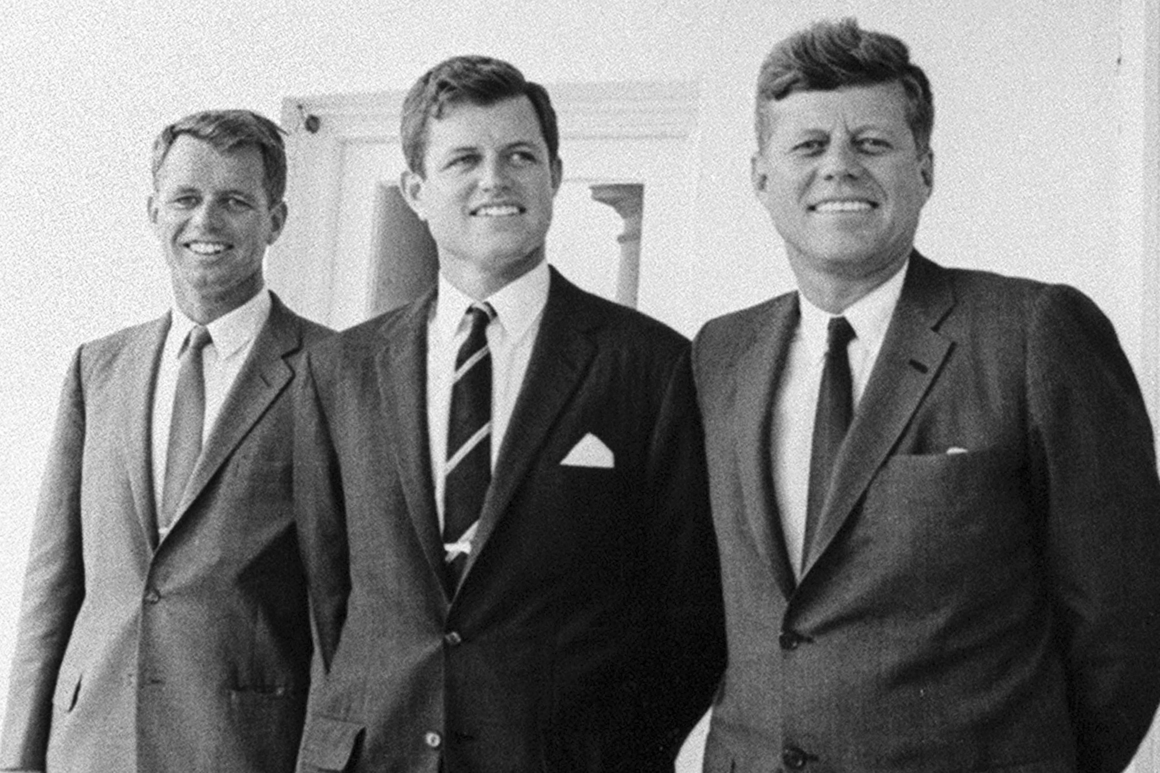 While many of Markey’s allusions to the Kennedy family have been in jest — or been relatively measured — a darker side has surfaced online from some of Markey’s supporters. Kennedy’s campaign advisers have raised the alarm about tweets that threaten Kennedy’s life and allude to the assassinations of President Kennedy and former Sen. Robert F. Kennedy. They also shared a video compilation of tweets they find particularly disturbing. One Markey fan suggested they may pull a “Lee Harvey Oswald” if Kennedy wins the Sept. 1 primary. Some users insist they are making a crude joke, but given the family’s tragic history, the campaign takes threats on the congressman’s life seriously.

Kennedy and Markey exchanged words on the issue at their most recent debate.

“I obviously would never at any time accept anyone saying that about your family. And no one affiliated with my campaign would ever say anything like that,” Markey responded.

“They did,” Kennedy fired back.

“That is just something which is completely unacceptable, should not be in politics, and I make that pledge to you. It is absolutely wrong,” Markey said.