Alexandria Ocasio-Cortez survived her primary. Rashida Tlaib did, too. Now it’s Ilhan Omar’s turn on Tuesday — and the Minnesota congresswoman faces the stiffest challenge of any member of the Squad.

Omar (D-Minn.), one of the group’s four liberal women of color who were first elected in 2018, has drawn national attention with her repeated clashes with President Donald Trump — as well as accusations of using anti-Semitic tropes in articulating her position on Israel. Now, her opponent is trying to turn that notoriety into a liability, saying it’s come at the expense of the needs of her Minneapolis district.

Bankrolled by pro-Israel donors, Antone Melton-Meaux has spent more than twice as much as Omar on television ads, and outside groups have kicked in to increase his advantage.

That’s not the only interesting race on Tuesday night. House Republicans have a high-stakes primary runoff of their own in northwest Georgia, where they are on the verge of adding perhaps their most controversial member yet. GOP leaders raced to disavow Marjorie Taylor Greene in June after POLITICO uncovered videos where she made racist, Islamophobic and anti-Semitic comments. But they’ve done little to block her from coming to Congress over the past two months, and her match-up Tuesday against neurosurgeon John Cowan is a true toss-up.

In total, five states — Connecticut, Minnesota, Vermont, Wisconsin and Georgia — will hold nominating contests on Tuesday. Both parties will pick battleground nominees in a handful of seats, and Republicans will choose three likely new members of Congress.

Here’s POLITICO’s guide to what to watch:

Will Democrats lose a member of the Squad?

Melton-Meaux, a Black mediation lawyer, is trying to turn Omar’s celebrity into a liability by casting himself to voters as someone who will eschew the spotlight and controversy and deliver for the district.

He raised a whopping $3.2 million in one quarter and nabbed an endorsement from the Minneapolis Star-Tribune, which in an editorial praised his “thoughtful approach holds out the promise of building common ground.” (The newspaper hit Omar for missing votes in Congress and funneling campaign funds toward her now-husband’s political consulting firm.)

Omar is being vastly outspent on the air, a dynamic that is usually concerning for an incumbent. Melton-Meaux has spent nearly $2.1 million on TV ads, compared to Omar’s $875,000, according to data compiled by the media tracking firm Advertising Analytics. Omar has invested some $400,000 on digital ads but Melton-Meaux has $1.5 million in outside help.

A high-spending super PAC, Americans for Tomorrow’s Future, has also waded into the race, spending close to $2.5 million on mailers and TV ads criticizing Omar and boosting Melton-Meaux. The group had previously contributed to DMFI PAC — a pro-Israel super PAC that unsuccessfully tried to save Rep. Eliot Engel (D-N.Y.) in his primary with Jamaal Bowman — and uses Anedot to process payments, a firm popular with Republicans until it was recently usurped by WinRed.

Another group has sent mailers urging voters who typically vote Republican to participate in the Democratic primary and cast ballots for Melton-Meaux. Voters in Minnesota do not register with a political party.

Omar drew the ire of pro-Israel leaders this year when she made comments that many of them have deemed anti-Semitic. She tweeted once that Israel had “hypnotized the world” and said that U.S. lawmakers supportive of Israel had a dual allegiance to that country and their own.

Progressive groups, who spent big to help Tlaib in her primary last week, have not done much to back up Omar. The congresswoman’s internal polling from early July showed her with a big lead — but some operatives in the party fear this primary will be much closer than Tlaib’s.

Will House Republicans elect their most controversial member yet?

Recent polling shows a tight contest and some rank-and-file lawmakers are angry that no major outside effort has formed to stop her. A victory by Greene would cause months, if not years, of headaches for the House GOP conference, which only two months ago finally excised Rep. Steve King (R-Iowa), a member who has long harbored an openness toward white nationalism.

Several members of Congress, including House Minority Whip Steve Scalise (R-La.), have rallied behind Cowan, fundraising for him and joining him for Zoom events. But after describing Greene’s comments as “appalling” in June, House Minority Leader Kevin McCarthy now is calling himself neutral — a position that may have dissuaded outside groups from wading in to spend on Cowan’s behalf. President Donald Trump also hasn’t taken sides in the race.

Cowan has suggested that her victory would embarrass the Republican Party and drag down other GOP candidates in Georgia. (“She is not conservative — she’s crazy,” he said in a recent interview.) Greene has not backtracked on any of the statements she made in her videos. In a recent interview, she continued to espouse a conspiracy theory that Soros, a Holocaust survivor, turned Jews in to the Nazis.

Another runoff in a neighboring Georgia district, held by GOP Rep. Doug Collins, has seen a surfeit of outside spending. State Rep. Matt Gurtler and veteran Andrew Clyde are vying for the safe, red seat. The Club for Growth has spent heavily for Gurtler, who has faced criticism during the campaign for posing for a photo with a white supremacist.

The GOP will also choose a likely new member of Congress in a deep-red open Wisconsin seat. The frontrunner there is state Senate Majority Leader Scott Fitzgerald, who has been a leading figure in Republicans’ political and policy skirmishes in Madison.

Collin Peterson gets a challenger

House Agriculture Chairman Collin Peterson (D-Minn.) has been Republicans’ white whale for the better part of a decade. Representing a conservative district in western Minnesota, Peterson is in his 15th term, having survived a number of close calls — including in 2016, when he managed to win reelection despite Trump carrying his district by 31 points.

Republicans believe Peterson’s luck will run out this fall against the frontrunner in Tuesday’s primary: Michelle Fischbach, a former state Senate president who briefly served as lieutenant governor. 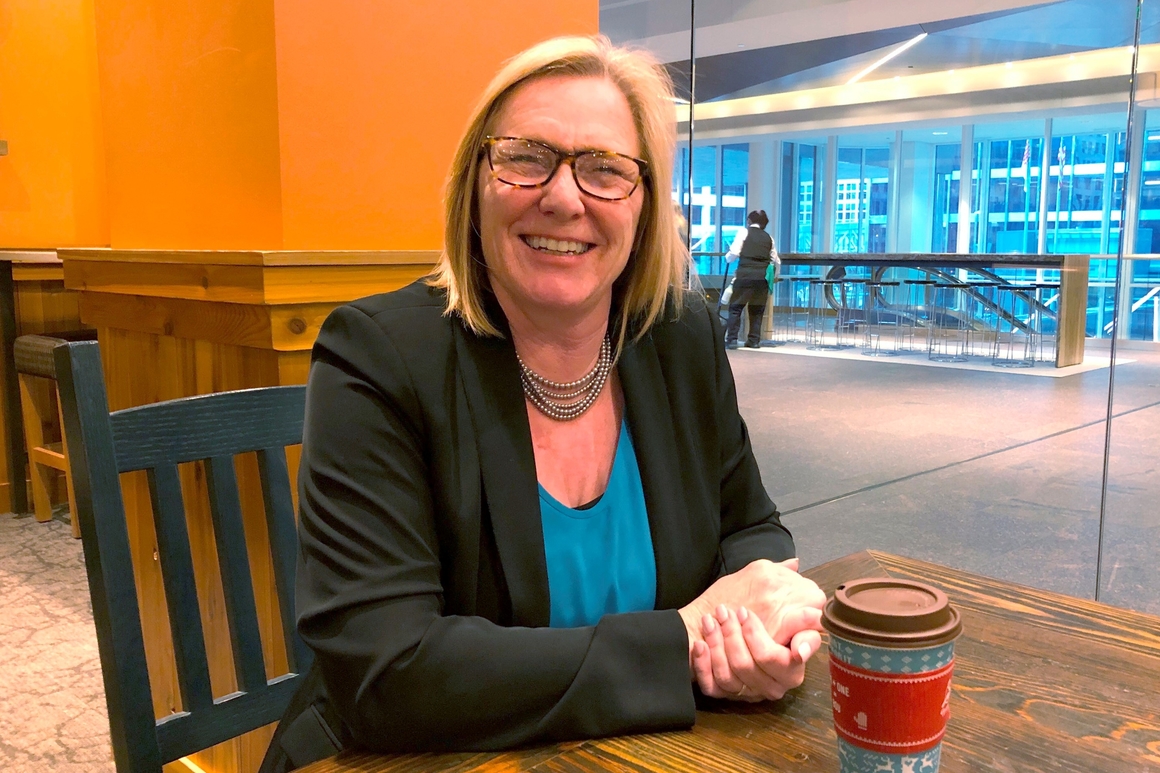 They have reason for optimism: Fischbach has outraised Peterson for three consecutive quarters. But more than that, they like the environment. Despite Trump’s national struggles, he remains popular in the district, and Republicans are banking on that political gravity to drag Peterson down.

Peterson voted against bringing articles of impeachment against Trump. Joe Biden’s nomination is probably good news for Peterson, but he will still face considerable headwinds. His once-large victory margins have shrunk down to just 4 points in 2018, even against an underfunded competitor.

Fischbach will have to beat four other Republicans, including 2018 nominee Dave Hughes and gastroenterologist Noel Collis, in Tuesday’s primary. Republicans hope Fischbach is the nominee, but they also think Trump is so popular in western Minnesota that he could carry just about anyone over the finish line.

Tuesday’s primaries will cement November match-ups for a few House races on the outer edges of the map.

In southern Minnesota, Dan Feehan faces no primary competition and is headed for a rematch with GOP Rep. Jim Hagedorn. This rural district is Trump country, but Feehan has collected nearly twice as much cash-on-hand than the incumbent and came within a point of beating him in 2018.

In a suburban Twin Cities district that Trump narrowly won, Marine veteran Tyler Kistner is the only Republican challenging Democratic Rep. Angie Craig. A late recruit, Kistner has proved a formidable fundraiser — and Republicans think this race could come online. In a neighboring district, health care executive Kendall Qualls is favored in the GOP primary to take on Democratic Rep. Dean Phillips. Republicans held this seat before the 2018 midterms, but it’s trending rapidly away from them and is not considered a top 2020 pickup.

In another reach district in rural southwestern Wisconsin, two Republicans are vying to take on Democratic Rep. Ron Kind: Jessi Ebben and Derrick Van Orden. This seat is one of 30 Democratic-held districts that Trump won in 2018, but Kind will be hard to dislodge. He won by 19 points in 2018 and has over $3 million in the bank; neither of the Republican candidates has more than $280,000.

A popular Republican governor in a blue state gets a challenger

Democrats in bright-blue Vermont will pick a candidate Tuesday to face Gov. Phil Scott, who is among the handful of popular Republican governors in solidly Democratic states.

The top candidates in the four-person Democratic field are Lt. Gov. David Zuckerman and former state education secretary Rebecca Holcombe, while Scott is expected to easily clear a five-person GOP primary. Zuckerman looks the part of a Burlington progressive: Backed by Sanders, the state’s junior senator, he isn’t technically a Democrat, and he often wears his long hair in a ponytail.

But whoever emerges out of the Democratic primary will face an uphill election against Scott, despite the fact that the state is reliably liberal for federal elections. Public polling for November match-ups have been scarce, but Scott is very popular in the state. A recent VPR/Vermont PBS poll found that 83 percent of respondents approved of the governor’s handling of the pandemic. A pre-pandemic VPR/Vermont PBS poll taken in February found Scott with a high overall approval rating and wide leads over both Democrats in a ballot test.

How will voters cast their ballots?

All five of the states voting Tuesday allowed any voter who wanted an absentee ballot to request one, with the primaries serving as some of the last dry runs before voting by mail is thrust onto the biggest stage in November.

Two of the five states have already been home to election meltdowns earlier in the pandemic: Wisconsin’s spring election and presidential primary in April and Georgia’s primaries in June, when voters dealt with long lines and problems receiving mail ballots. Both contests on Tuesday are expected to have lower turnout than their earlier counterparts, and it will be a test to see what lessons election administrators have learned.

In Wisconsin, ballots postmarked by the date of the April election were counted, as back-and-forth legal wrangling in the early weeks of the pandemic resulted in a complicated patchwork of rules. That result in an additional 79,000 votes added to the tally that wouldn’t have counted under the normal rules — which are in place for Tuesday’s downballot primaries.