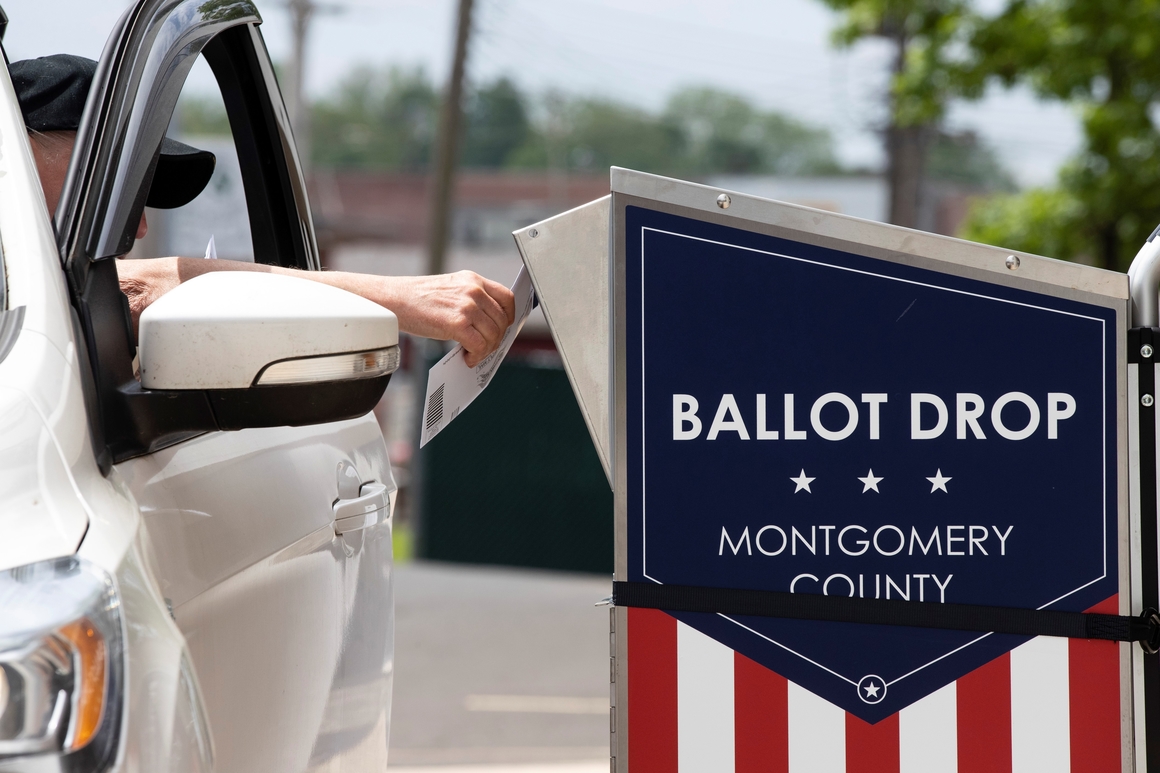 PHILADELPHIA — President Donald Trump has trailed Joe Biden in virtually every poll in Pennsylvania this year.

But there’s a more tangible piece of data in the state that tells a different story: Since 2016, Republicans have netted nearly seven times as many registered voters here than Democrats.

The GOP has added almost 198,000 registered voters to the books compared to this time four years ago, whereas Democrats have gained an extra 29,000. Though Democrats still outnumber Republicans by about 750,000 voters in the state, the GOP has seized on their uptick in party members as a sign that Trump is on track to win this critical Rust Belt swing state a second time.

“It’s one of the reasons why I am very bullish on Donald Trump’s prospects in Pennsylvania. I think he will win again, and I think he will win by more votes than he did in 2016,” said Charlie Gerow, a Harrisburg-based Republican strategist who has worked on presidential campaigns in the state. “Trump is doing what Ronald Reagan did 40 years ago, which is moving a lot of traditional Democrats into the Republican column.”

The GOP has also seen a larger boost in registrations than Democrats in three critical areas across Pennsylvania: Erie, Luzerne and Northampton counties, all of which helped Trump flip the state by backing him after supporting former President Barack Obama in 2012.

Overall, registered Democrats now make up 47 percent of the state’s electorate, down from 49 percent in September 2016. Republicans comprise 39 percent, up from 38 percent four years ago. Many party officials credit Trump himself for narrowing the gap.

In the lead-up to the 2016 election — where Hillary Clinton lost the state by less than one percentage point — Republicans likewise registered more net voters in key areas such as parts of northeastern Pennsylvania. But rather than feeling a sense of déjà vu, many Democrats said they are not concerned about the trend affecting the presidential results.

They view the numbers as a lagging indicator that distracts from other strengths the party has with new voters and independents in the state. The biggest shift in Pennsylvania in recent years, they said, has been Democrats making electoral gains since 2016, particularly in the suburbs.

“It probably means less than meets the eye,” said J.J. Balaban, a Democratic consultant in Pennsylvania. “There’s reason to believe the shift is mostly ‘Democrats’ who haven’t been voting for Democrats for a long time, choosing to re-register as Republican.”

Republicans around the state said that they have benefited in recent months from the fact that the Trump campaign, which has sought to downplay the Covid-19 pandemic, has been knocking on doors and registering voters in person.

Joe Biden’s team has so far refrained from door-knocking in an effort to protect staffers and voters from the virus, though local Democratic groups in the state have held some socially-distanced in-person events to sign up voters.

Some Democrats said that has posed a challenge. The party has also spent significant resources on informing voters how to vote by mail that, in another year, could have been invested in other areas such as voter registration.

“Look, I’ll be real: The pandemic has kind of thrown a wrench into things,” said Jason Henry, executive director of Pennsylvania’s Democratic Party. “Our focus has truly been on educating voters on the new vote-by-mail laws.”

“There’s no question that reaching out to young voters at colleges — I mean, that’s near impossible,” she said. “We’ve had colleges come back in our region and Covid picks up and they go back to virtual after 10 days. It’s really problematic and unfortunate.”

However, the Biden campaign said it has registered voters as part of its general outreach to more than 3.4 million voters in the last three months. Democratic county parties have held some voter registration events outside of churches and community centers. The Trump campaign and state GOP said they have prioritized voter registration, as well encouraging voters to switch parties.

Republicans have made the biggest raw net gains in Westmoreland and Washington counties — both located in the western part of the state where Trump’s support runs deep — as well as Luzerne. While they have lost ground statewide, Democrats have netted more registered voters in the last four years than the GOP in Philadelphia’s suburbs. In fact, Montgomery, Chester, Delaware and Bucks counties, along with the city of Philadelphia, are the top five areas where they have seen a registration boost.

The voter registration trends in Pennsylvania have been a topic of debate between the two major parties. Tom Bonier, CEO of the Democratic data firm TargetSmart, recently sent an email to newsletter subscribers and reporters titled, “GOP Claims About PA Voter Reg Aren’t True. Here’s Why.”

He said in the message that Democrats have signed up almost 415,000 new voters since the 2016 election, compared to about 282,000 by Republicans, according to the company’s analysis of the state’s voter file. However, he said that number does not factor in voters who have switched parties.

Bonier also argued that Democratic-controlled local governments have cleaned their voter files more vigorously than those run by Republicans, and that voters who have registered as unaffiliated are likely to lean Democratic. As for those Democrats or independents who registered as Republicans, he said it is a lagging indicator.

“There are a lot of truths. The undeniable truth, on one hand, is that … the Democratic voter registration advantage in Pennsylvania has undeniably narrowed,” Bonier said in an interview. “At the same time, undeniably, Democrats have registered more voters over that same time period than Republicans.”

“If I were them, I would say that I think voter registration is some sort of a lagging issue. You would, too,” he said. “Having this additional edge of newly registered Republicans from the Democratic base, these are people who are going to vote in November. These people are committed.”