Kamala Harris’ ascent to the Democratic ticket marked a big win for a small yet influential group of Black female Democratic strategists, who cast Joe Biden’s selection of Harris for vice president as the result of decades of advocacy, progress and struggle.

Black political strategists have long called the list of women of color on Biden’s vice presidential shortlist an embarrassment of riches — a small victory by itself after previously going decades without seeing another woman on a Democratic ticket. But they say Harris’ nomination is a long-awaited recognition of the political force that Black women have been as a consistent and enthusiastic bloc in Democratic politics.

As Biden and his campaign sifted through the contenders to select a vice president, they stayed in close touch with a brain trust of Black female advisers who have been arguing with top party brass for years about increasing representation on the ballot to match the Democratic Party’s voting coalition. Minyon Moore, a senior adviser to Hillary Clinton’s 2016 presidential campaign, was one of the leading voices pushing for a Black woman to join Biden on the ticket, along with former Democratic National Committee Chair Donna Brazile and other Black Democratic operatives.

The lobby for a Black woman on the ticket worked in public and in private, with backdoor conversations with Biden’s core team of advisers as well as a consistent media campaign in favor of a Black woman for vice president. Few were willing to pick a favorite among the Black women Biden considered for the job, saying the most important criterion for Biden’s vice presidential pick was the strength of his relationship with the woman who would join him on the ticket.

Rumors that Harris’ June 2019 debate jab at Biden might hurt her chances were overblown, Moore said. When some Biden allies launched a campaign to counter Harris, citing her ambitions to become president, the Black operatives pushing for her or another Black woman used the media to answer back. Several Biden allies, including House Majority Whip Jim Clyburn, pushed back on the criticism, saying there is a double standard for women, and particularly women of color, with big goals.

People familiar with the vetting process said Biden’s team took their recommendation very seriously — a dynamic that hasn’t always come through in other vice presidential vettings, which by their nature can be closed off and insular processes.

“A Black woman was never even considered,” Brazile continued, citing Barbara Jordan, Patricia Harris and Shirley Chisholm as Black women in politics who “could have easily fit the description of what Walter Mondale was looking for.”

Harris’ selection, she said, is a sign that both Biden and his team finally listened. Rep. Lisa Blunt Rochester (D-Del.), who served as one of Biden’s core advisers in the vice presidential selection process, was cited as an influential figure in his ultimate decision.

Hours after Biden announced Harris as his pick, Moore reflected on the push to nominate the California senator as the latest step in a winding, often painful path for women in national Democratic politics. That path traced from Geraldine Ferraro joining Mondale’s 1984 ticket through Clinton’s 2016 run to Tuesday’s elevation of Harris, the daughter of Indian and Jamaican immigrants and a graduate of Howard University, a historically Black university. 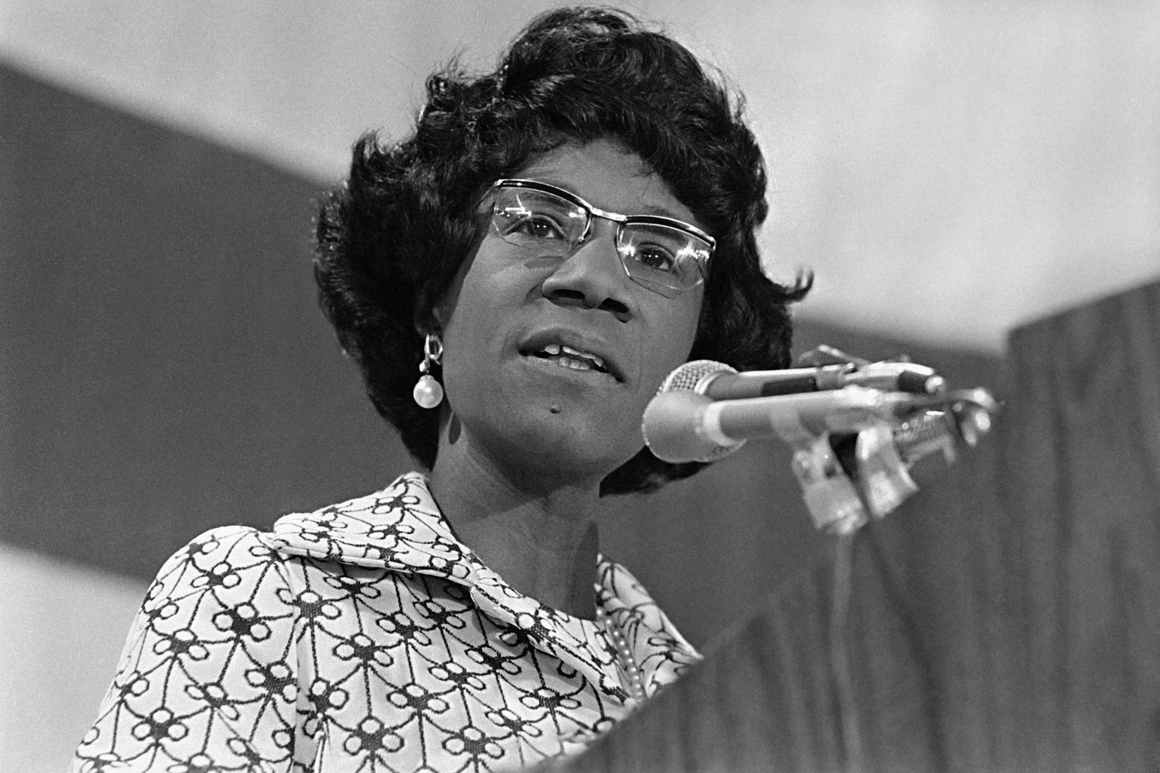 “We all did what we felt like we needed to do at this particular time in history. We all believed that Kamala Harris was the right person for this job,” Moore said. “She had more qualifications than a lot of people on the list. She was battle-tested. She brings the experience that [Biden] needs to serve as his No. 2.”

Harris polled no higher than third among African Americans during her run for the Democratic presidential nomination, running into wariness about her record as a prosecutor and support for Biden that was more enduring than many assumed in the year before he won the primary.

Still, Black legislators saw her as a favorite to join a Biden ticket as early as May 2019, as both were actively petitioning Congressional Black Caucus members for support of their presidential campaigns. And Harris’ recent work in the Senate dovetails with months of protests and activism in response to police violence and a public health crisis that has exacerbated racial inequities. Since the onset of Covid-19, Harris has sponsored legislation addressing an impending eviction crisis as well as the dearth of racial and ethnic data on coronavirus cases.

Glynda Carr, founder and CEO of the Higher Heights PAC, which supports Black women running for office, said Harris’ selection affirms “that we have a bench of Black women who are qualified that come to our American democracy with a lived experience and are ready to lead on Day One.”

“Every single one of the women who were on the long list or the short list, that’s a prideful moment,” Carr continued, calling it the end of a journey that started with Shirley Chisholm running for president almost a half-century earlier. “I think this is a day for a sense of pride for Black women across this country. And tomorrow will be the day that people get to work.”