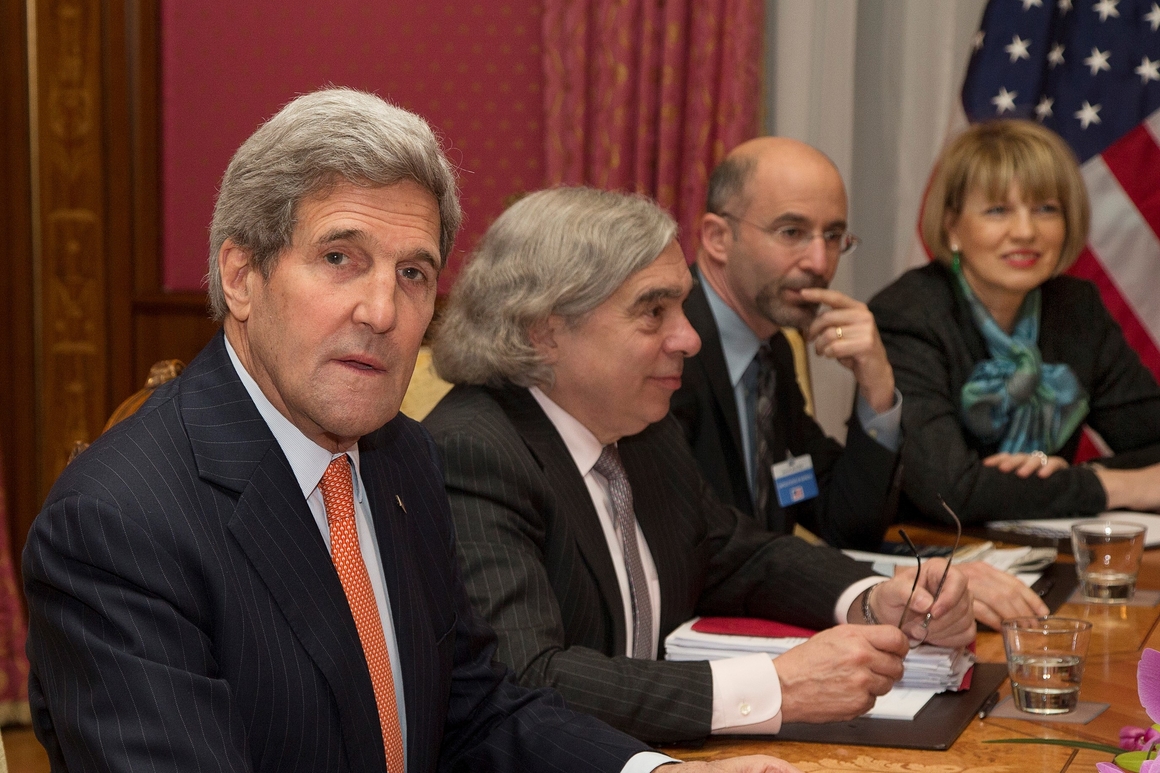 When Rep. Ro Khanna visited President Jimmy Carter at his home in 2019, seeking the elder statesman’s guidance on a range of issues, Carter gave the young California lawmaker a piece of advice he’s never forgotten: Listen to Rob Malley.

“I was speaking to President Carter about North Korea and forging a path for a peace deal,” Khanna recalled in an interview. “And completely unprompted, Carter said the one person you need to consult with on issues of human rights, diplomacy and foreign policy is Rob.”

The comment stuck with Khanna, a progressive Democrat who says he has been urging his Republican colleagues to support Biden as he considers appointing Malley — a conflict resolution specialist who helped lead negotiations over the 2015 Iran deal — as his new envoy to Iran.

“I think he will be an amazing choice,” Khanna said, praising Malley’s work on human rights and his general wariness “of foreign entanglements that have unintended consequences.”

Not everyone feels the way Khanna does. Malley, a cerebral, mild-mannered former Obama official who currently heads the International Crisis Group, has already been thrust into the center of a political fight over the new administration’s policy toward Iran — the first of what are likely to be many battles over Biden’s dealings in the Middle East. Republicans have accused Malley of being too soft on the Iranian regime and too critical of Israel. And while progressives and current and former colleagues have rallied to his defense, some Democrats have expressed private worries about some of Malley’s public comments.

The official added that Malley’s “values-driven leadership in public service and the nonprofit space is unparalleled,” and said, “Anyone who has ever worked with Rob knows he is never afraid to challenge conventional wisdom or ask the tough questions in service of getting better policy for the American people.”

Though he would not require Senate confirmation for the role, clashes over Malley’s potential appointment began playing out last week, when Jewish Insider first reported that he was a leading candidate for the job. Sen. Tom Cotton (R-Ark.) then tweeted a Bloomberg News op-ed denouncing Malley, addiing that Malley “has a long track record of sympathy for the Iranian regime & animus towards Israel.” Reps. Joe Wilson (R-S.C.) and Greg Steube (R-Fla.) soon followed suit.

The criticism prompted a rebuke from Ambassador Dennis Ross, Obama’s former Mideast peace envoy. “I have seen comments about Rob Malley that are simply wrong-headed,” Ross tweeted. ‘He is serious, thoughtful and knows what is important. He is not dogmatic, and I know he carefully weighs the pros and cons of different options and is open to other points of view. I hold in very high regard.”

The accusation that Malley is hostile to Israel has dogged him since the late 1990s, when he served as a special assistant to President Bill Clinton on Arab-Israeli affairs. Malley, who has argued for the need to engage with America’s foes, resigned as an informal adviser to the Obama campaign in 2008 when it emerged that he’d met with members of the Palestinian militant group Hamas while working for ICG. Upon his return to public service at the Obama White House in 2015, he advocated for engaging with Syrian President Bashar Assad rather than calling for his immediate removal, a demand of then-secretary of State John Kerry.

His positions have alienated some more conservative Democrats close to Biden and in Congress, who say Malley has political baggage that will make him an easy target for Republicans who want to deflect from the substance of the Iran negotiations. “He is way too far to the left on these issues, from Iran to Israel to Syria, and it would just be unhelpful to have him in this role,” said one former Obama official close to the White House.

But Malley’s defenders say the critics are acting in bad faith and using him as a proxy for their animus toward the Iran deal in general, which they were going to oppose regardless of who Biden installed to negotiate. They note that since Biden’s predecessor Donald Trump left the deal, formally dubbed the Joint Comprehensive Plan of Action, in 2018, Iran has enriched more uranium while propping up proxy forces from Lebanon to Yemen. And they point to statements ICG has made under Malley’s leadership that are critical of Iranian leaders’ brutal handling of the street protests that rocked the country last year.

“They can’t make an argument on substance and policy right now because it is so plainly obvious that retreating from the JCPOA made the problem worse not better,” said one Democratic lawmaker who requested anonymity to discuss the subject candidly. “So their only play is to make an issue out of the people that Biden wants to hire.”

People who have worked with Malley also say he is not particularly ideological and values debate. “He likes to be comprehensive about all perspectives, and he cares a ton about people — both those who work for him, and those who could be impacted by his policies,” said one former Obama official who worked closely with Malley on the Middle East portfolio. Another person close to Malley said that when Secretary of State Tony Blinken asked whether he would want the job, Malley said yes — but also asked for a team that would represent a broad diversity of viewpoints on how best to renegotiate the Iran deal.

“This is not really about Rob,” said a former senior Obama official. “It is about the hawks using Rob as a gateway into critiquing Biden’s proposal to move back into the Iran nuclear deal. Rob is just a vehicle for hawks in Congress and the region to try to bludgeon and coerce the new president out of a policy he was elected to implement.”

Khanna argued that some in the GOP are more willing to support Malley than they would let on publicly. He noted that, in a post Trump world, the Republican Party’s libertarian wing is more philosophically aligned with Malley’s noninterventionist instincts than with Cotton’s hawkish impulses.

“The foreign policy debates in this country do not fall neatly along partisan lines,” Khanna said, pointing to anti-war legislation he’s co-sponsored in the past with Republicans like Florida Rep. Matt Gaetz and Andy Biggs of Arizona.

As Iran envoy, Malley, who served as Obama’s Middle East coordinator from 2015-2017, will lead talks to rejoin the JCPOA with Iran if the country re-adopts the restrictions that were imposed on its nuclear program in 2015. Biden wrote in September that he would offer Tehran “a credible path back to diplomacy” if the country returned to “strict compliance” with the deal, and use that as a starting point for “follow-on negotiations.”

The landscape is especially rocky after four years of Trump, who implemented new sanctions on Iran during his final days in office. But reentering the negotiations would be familiar territory for Malley, which is a major reason why the Biden administration is poised to tap him for the role, said another person close to the White House. The timeline for the negotiations is “compressed,” this person noted, and there would be little opportunity to bring someone up to speed ahead of Iran’s presidential election in June. The election could see hard-liners oust President Hassan Rouhani, who has signaled a willingness to preserve the deal, closing Biden’s window to renegotiate with Iranian leadership.

Whether Biden selects Malley despite opposition from some key lawmakers and stakeholders will also signal how much political capital he is willing to expend on the Middle East. The Obama administration brawled almost continuously with Israel, the Arab Gulf states and their allies over Iran policy during its eight-year tenure, and some participants in those debates now say they wish things had gone differently.

“Personally, I don’t want to go back to our 2016 Iran policy either,” said the Democratic lawmaker, referring to the need to bolster the deal further by imposing new controls on Iran’s missile program and holding Tehran accountable for its abysmal human rights record. But the lawmaker said he was “totally confident” that the administration would look to “extend and strengthen” the nuclear deal to address other aspects of Iran’s malign behavior as well.

“That is the policy that Rob is going to implement,” he said.