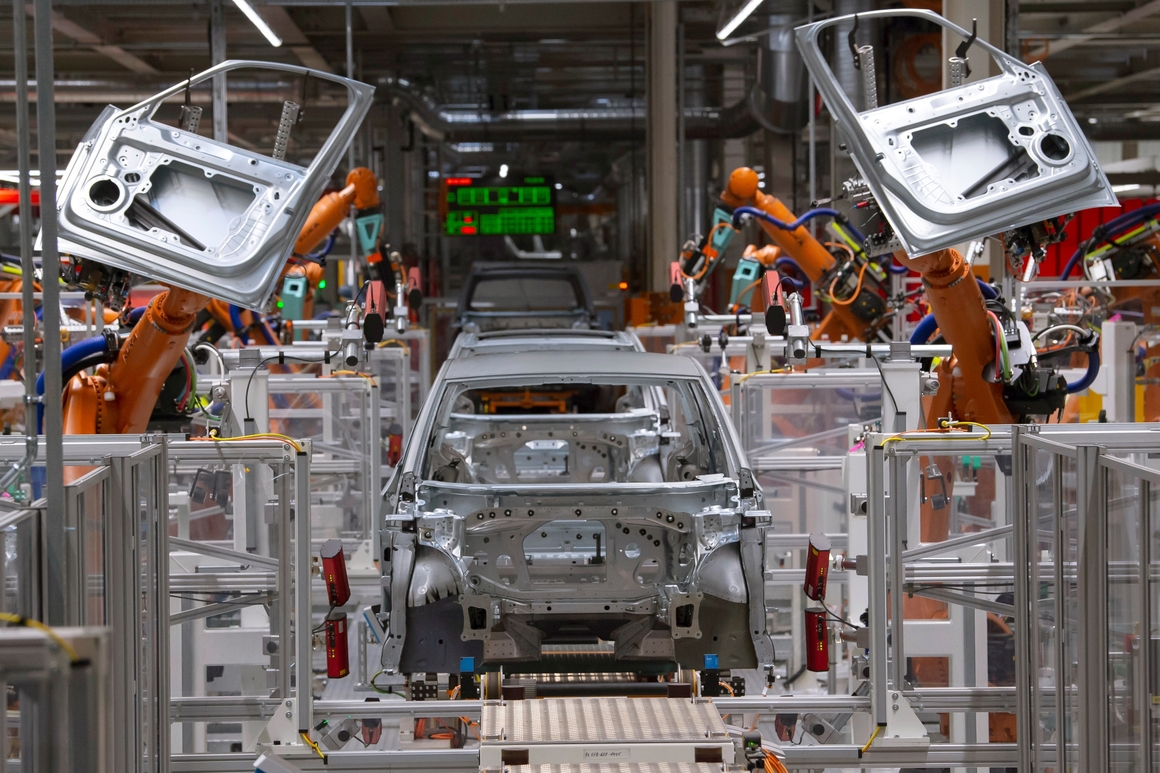 South Korean battery manufacturers LG and SK Innovation have reached a settlement that will allow SK to complete its $2.6 billion factory in Georgia that had been threatened by a federal intellectual property theft ruling.

The deal means President Joe Biden and U.S. Trade Representative Katherine Tai will not have to decide whether to overturn the International Trade Commission ruling that led SK to threaten to abandon the plant and its 2,600 jobs. Sunday was the deadline for the Biden administration to have its say.

The $1.8 billion agreement will enable SK to complete the Commerce, Ga., facility that will supply batteries for a suite of Volkswagen vehicles and the electric Ford F-150, advancing the White House’s goal of building an American electric vehicle manufacturing sector. Biden hailed the deal in a statement from the White House on Sunday.

“We need a strong, diversified and resilient U.S.-based electric vehicle battery supply chain, so we can supply the growing global demand for these vehicles and components — creating good-paying jobs here at home, and laying the groundwork for the jobs of tomorrow,” Biden said. “Today’s settlement is a positive step in that direction, which will bring some welcome relief to workers in Georgia and new opportunity for workers across the country.”

Backstory: The ITC in February ruled that SK stole trade secrets from rival LG and ordered a blockade on shipments of materials needed to make batteries at the plant. Though the ITC gave a grace period for automakers to switch battery suppliers, SK threatened to abandon the project if the ruling was not overturned.

The ruling presented a potential blow to Biden’s ambitious electric vehicle goals. Though the ITC gave VW two years and Ford four years to find new suppliers, the automakers said it would take them at least that long, potentially causing them to turn to imported batteries or delay their new model releases.

Federal law gives the president and USTR 60 days to overrule any ITC decision, and the ruling sparked an intense lobbying campaign aimed at the White House.

LG maintained that SK was bluffing and would likely finish the factory. And even if it didn’t, LG argued, the abandoned plant would quickly be snapped up by another supplier eager to fill automaker demand.

Settlement: Throughout the process, LG said it was open to a deal that would allow SK to build its factory in exchange for compensation for stolen intellectual property.

On Sunday, the companies announced that SK would pay $1.8 billion to LG, as well as a “running royalty” on batteries produced at the plant. The firms did not respond to inquiries about the size of the royalty payments, or how long they will continue.

In return, LG agreed to resolve the ITC dispute, a parallel case at the D.C. Circuit Court, and all legal issues in Korea, as well as promising not to sue SK on the intellectual property disputes for 10 years.

Reaction: The settlement is welcome news for the Biden White House, which now gets to avoid a sticky decision pitting swing state jobs against its commitment to upholding U.S. trade laws.

Had Biden upheld the decision, Republicans were ready to pounce on the potential job losses. But had he overturned it, progressives were ready to argue he should also waive IP protections for Covid vaccines, which the White House has so far resisted.

Tai, whose office would have been tasked with deciding whether to overturn the ITC decision, pushed the companies to strike a deal in more than a dozen phone calls with the CEOs and other executives in recent weeks, according to a person with knowledge of the conversations.

She also spoke with senior Biden administration officials and members of Congress, including those from Georgia, and Biden thanked her for “tireless work to resolve this dispute” in his Sunday statement.

“I congratulate both companies for working through their significant differences to resolve this dispute, which builds confidence in their reliability and responsibility as suppliers to the U.S. auto industry,” Tai wrote in a release of her own.

The deal was also welcome news to Georgia’s two new Democratic senators, who had publicly pushed the companies to strike a deal, rather than pressuring the Biden administration to overturn the decision.

Sens. Raphael Warnock and Jon Ossoff also rushed to take credit for the settlement on Sunday, saying they spoke repeatedly to the battery company leaders, as well as the Biden administration, in recent weeks.

“Given the outstanding litigation between the companies, it has always been clear that the best way to protect workers in Commerce — and the jobs Georgians were promised — is for the companies involved to negotiate a settlement in good faith,” Warnock said in a release.