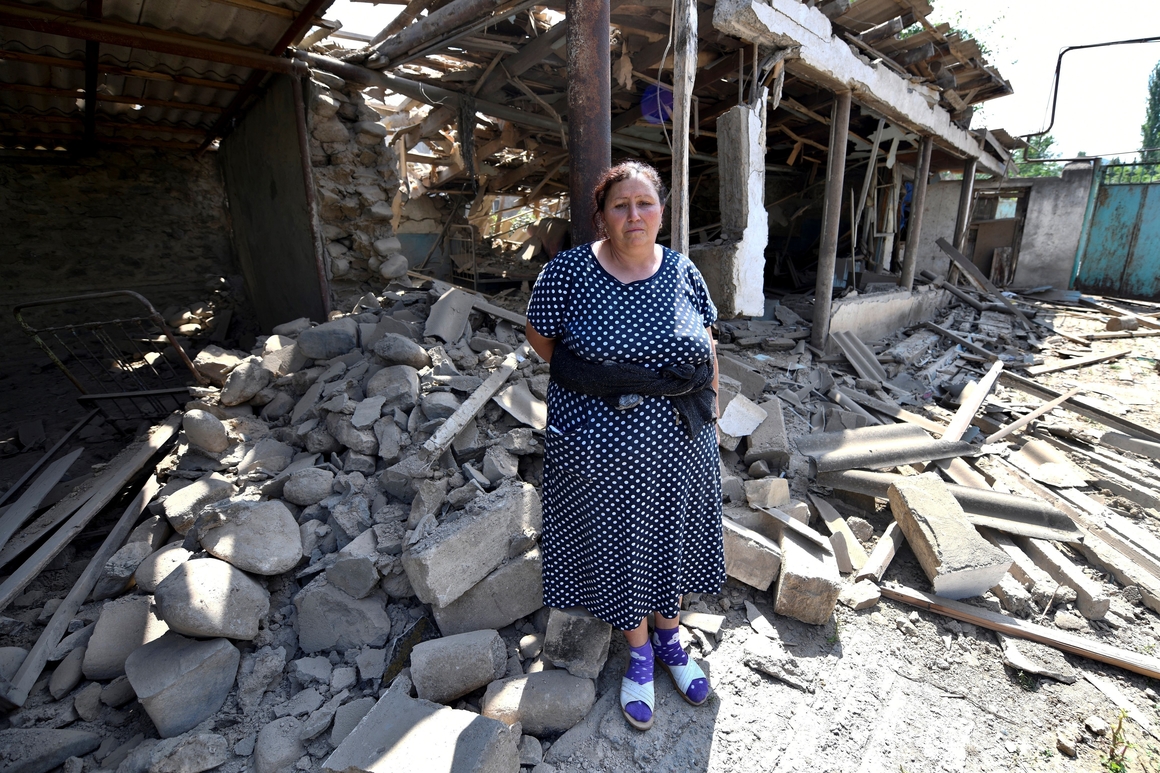 ISTANBUL — The deadliest fighting in years between Azerbaijan and Armenia risks becoming a new flashpoint in a growing rivalry between Russia and Turkey, as the ostensible partners signal support for opposing sides in a strategic, if volatile, energy corridor.

More than a dozen people have been killed since July 12 in the worst fighting between the two former Soviet Republics since 2016, with each side accusing the other of aggression.

Beyond the immediate toll on the ground, a dramatic escalation, observers say, risks unraveling the shaky partnership between Russian President Vladimir Putin and Turkish President Recep Tayyip Erdoğan. A number of recent military conflicts — from Syria to Libya — have recently pitted the two leaders against one another, testing their resolve to maintain a complex partnership built on mutual suspicion of the West, as well as economic ties.

Since the outbreak of violence in the Caucasus in mid-July, Turkey has rallied to the defense of its Muslim ally Azerbaijan, with whom it shares linguistic and ethnic ties, offering to provide fresh arms to Baku. Erdoğan has vowed “to stand against any attack” on Azerbaijan, which supplies Turkey with cheap natural gas.

Moscow, meanwhile, last week ordered large-scale military exercises in Southwestern Russia, which the defense ministry denied was due to the flare-up between Armenia and Azerbaijan, and called for a ceasefire and said it is ready to act as a mediator between the two sides.

The Caucasian neighbors went to war in the 1990s over Azerbaijan’s breakaway region of Nagorno-Karabakh, and in recent years have waged an arms race as Russia sells billions of dollars’ worth of weaponry to both sides. One of the world’s longest-running conflicts, the dispute has bedeviled years of international mediation, and since 2008, sporadic skirmishes and shelling have killed hundreds of people.

Azerbaijan’s statement last week that its missile system allows it to strike Armenia’s Soviet-era nuclear power plant prompted fear and speculation that the dispute could spin out of control. The United States said last week it is “deeply concerned” and urged the two capitals, Baku and Yerevan, to talk it out.

Unlike previous fighting, this latest confrontation — which included heavy drone, tank and artillery attacks — occurred 300 kilometers from Nagorno-Karabakh along the internationally recognized border and close to Caspian oil and gas pipelines and a railway that supply world markets through Turkey. In a rare, if veiled, criticism of Russia’s possible role in the confrontation, Erdoğan called the offensive “beyond Armenia’s caliber.”

“This is Russia’s backyard, and the conflict between Armenia and Azerbaijan continues within the parameters drawn by Russia,” said Ozgur Unluhisarcikli, Turkey director of the German Marshall Fund. “Turkey sees this [latest clash] as a message from Russia, but knows it is extremely risky to confront Russia here, even through proxies. Although Turkey has shown steadfast support for Azerbaijan, it has never considered a direct intervention.”

Azerbaijan, which is richer and militarily superior to Armenia, has held off from escalating the conflict in years past because it knows Armenia enjoys tacit support from Russia, which keeps a military base in the landlocked country. Now Azerbaijan is working to improve relations with Moscow, in the hope that it can help resolve the Nagorno-Karabakh dispute where the West has failed.

For some, the flare-up in violence in the Caucasus is the result of shifting allegiances in other conflict zones.

Erdoğan said last month Turkey may turn a new page in its relationship with the U.S. as their interests in both Libya and Syria align more closely. The news was not welcome in Moscow, which supports Syrian President Bashar al-Assad, and has negotiated a series of ceasefires with Turkey, the latest of which, in March, largely quelled fighting in the opposition’s final stronghold.

In Libya, Russian mercenaries — along with the United Arab Emirates and France — have backed rebel commander Khalifa Haftar, whose advance was thwarted when Turkey entered into the civil war in January, turning the tide in favor of the internationally recognized government in Tripoli.

“The main dynamic of the competitive cooperation between Turkey and Russia is that both countries feel shunned by the West,” said Unluhisarcikli. “As Turkey cooperates with the United States, this alliance begins to crumble. This time, Russia has given its response in the Caucasus.”

Turkey’s unusually strong rhetoric in the Caucasus is also part of Erdoğan’s increasingly assertive foreign policy, as he seeks to reshape Turkey into a geopolitical force across the region.

Yet Turkey’s effort to insert itself in the conflict may backfire, said Richard Giragosian, director of the Regional Studies Center, a Yerevan-based think tank. Taking Azerbaijan’s side could push the young Armenian government, which came to power after a popular revolt in 2018 and has sought to create some distance from Moscow, back into Russia’s full embrace.

“The danger of Turkey’s military alliance with Azerbaijan would be to force Armenia back into overdependence on Russia,” said Giragosian. “It could also provide Russia with an opportunity to deploy peacekeepers in the Armenian-Azerbaijan conflict, where it hasn’t had a military presence. Armenia, Azerbaijan and Turkey are all against the presence of Russian forces.”

Turkey cut off diplomatic relations and sealed its border with Armenia in 1993 to protest the war over Nagorno-Karabakh, which had an ethnic Armenian majority but is internationally recognized as part of Azerbaijan. Under pressure from Azerbaijan, Erdoğan in 2010 killed off a U.S.-brokered initiative to restore Turkish ties with Yerevan.

The century-old genocide of up to 1.5 million ethnic Armenians in Turkey also haunts the two nations.

“As Turkey seeks a larger regional role, normalization with Armenia would enhance Turkey’s position in the south Caucasus,” said Giragosian. “But with this increase in hostilities, it only becomes more untenable.”