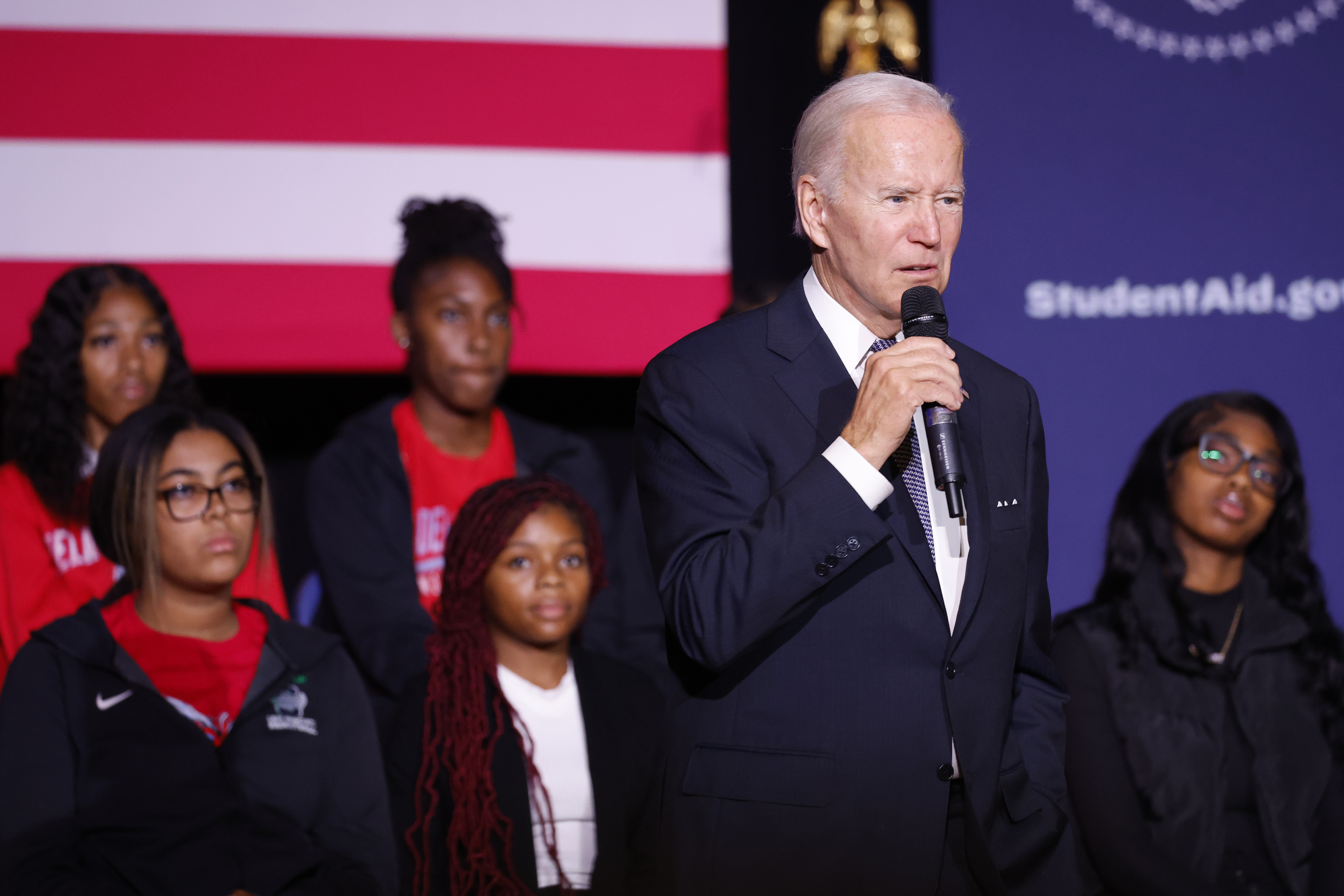 The Biden administration will ask the Supreme Court to revive its student debt relief program as it fights to reverse lower court rulings that have upended its plans to forgive up to $20,000 of debt for tens of millions of Americans.

The Justice Department said in a court filing on Thursday that it planned to ask the Supreme Court to reverse an injunction issued earlier this week by the 8th Circuit Court of Appeals that prohibits the administration from carrying out student debt relief.

Separately, the Justice Department is asking the 5th Circuit Court of Appeals to put on hold a decision by a district court judge in Texas to strike down the debt relief program as illegal. The DOJ asked for a ruling from that appeals court by Dec. 1 “to allow the government to seek relief from the Supreme Court” if needed.

The various emergency requests by the Biden administration tee up what could be the most consequential Supreme Court showdown yet over President Joe Biden’s debt relief policy in the coming weeks.

Justice Amy Coney Barrett has twice rejected preliminary requests in other lawsuits to block Biden’s debt relief program. But neither case had addressed the legal merits of the program.

The lawsuit now heading to the Supreme Court was brought by six Republican state officials who are trying to stop Biden’s debt relief program, which they have slammed as unfair and unconstitutional. The ruling earlier this week by the 8th Circuit found that at least one of the states, Missouri, had standing to bring the case. The three-judge panel unanimously voted to pause Biden’s debt relief program while the lawsuit plays out.

The other lawsuit, in the 5th Circuit, was filed by the Jobs Creator Network Foundation, a conservative group, on behalf of two student loan borrowers who were fully or partially excluded from the debt relief plan. The Biden administration is asking the appeals court to put on hold a lower court ruling by District Judge Mark Pittman, a Trump appointee, who declared the program unconstitutional.

As it fights in court, the White House is weighing a decision about whether to postpone restarting monthly payments and interest for most federal student loans in January as planned.

Student debt activists, civil rights groups and labor leaders have urged the Biden administration to make clear that it won’t move to restart payments while its debt relief program remains in limbo.

The NAACP, which has worked closely with the White House on debt relief, “fully supports extending the repayment pause until borrowers obtain the relief they deserve and have been promised,” Wisdom Cole, the group’s youth and college director, said in a statement on Wednesday.

Administration officials are arguing in court that they need to cancel student debt for tens of millions of borrowers to prevent a huge surge of delinquencies and defaults when monthly payments resume.

James Kvaal, the undersecretary of education, said in a court filing earlier this week that the administration is “examining all available options” while student debt relief remains blocked in court, including extending the pause on repayment beyond Dec. 31.

Kvaal said that blocking debt relief also causes “significant confusion” for borrowers, especially those who were anticipating having their loans wiped out completely. “Most borrowers have been told that all they need to do is submit an application to obtain one-time student loan debt relief,” he wrote. “Now, as a result of litigation they are left to wonder when, if at all, if debt relief will be effectuated.”