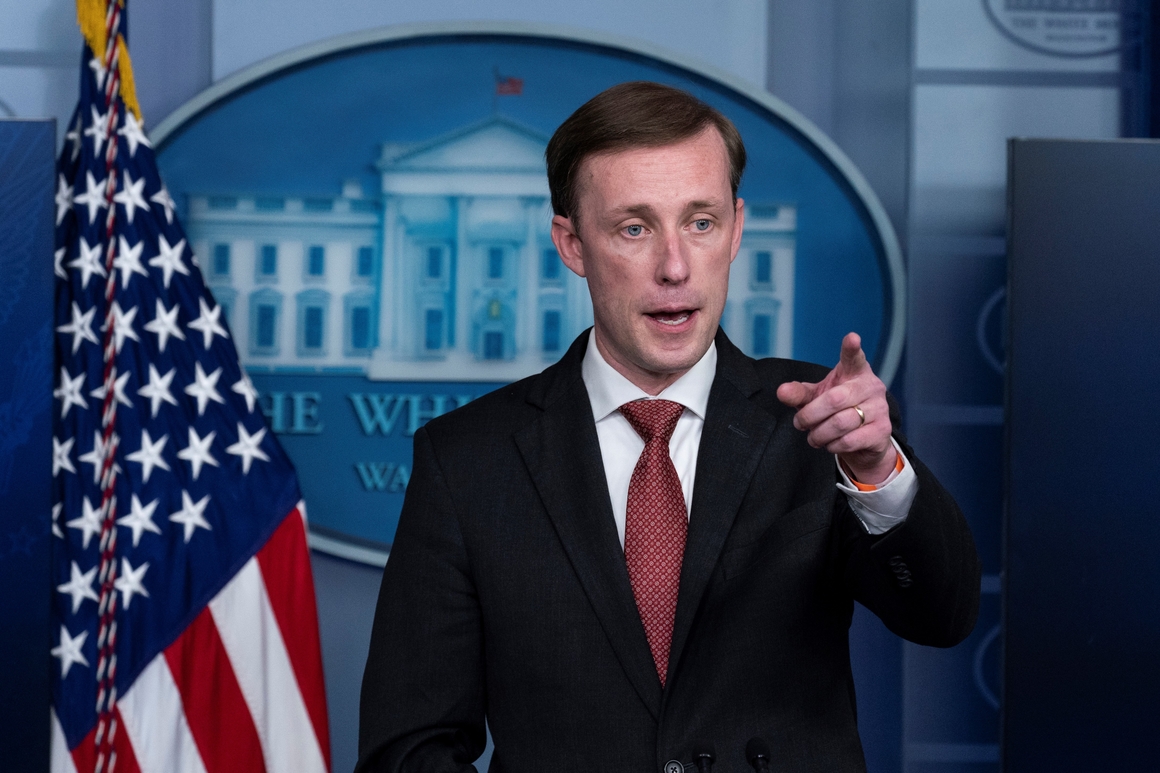 Joe Biden, a proud graduate of the University of Delaware and Syracuse Law School who has bragged about going to a “state school,” has stocked his top White House staff with nearly twice as many Ivy League graduates as the first iteration of the Trump White House, according to a POLITICO analysis.

Forty-one percent of senior- or mid-level Biden White House staffers — or 82 people out of 201 aides analyzed — have Ivy League degrees.

By contrast, only 21 percent of the comparable White House staff had such credentials under President Donald Trump, a graduate of the University of Pennsylvania’s prestigious Wharton School who boasted about his academic pedigree and often looked for Ivy Leaguers when hiring Cabinet officials and top aides.

The most popular Ivy League institution among both the Biden and Trump White Houses is Harvard University. Thirty-five Biden aides, or 17 percent of the total staff, have degrees from Harvard — including chief of staff Ron Klain and counsel Dana Remus. Nineteen Trump White House staff members, or 11 percent, among them Jared Kushner and Steve Bannon, earned Harvard degrees.

Next up among Biden aides is Yale, which counts 29 graduates in the White House, including national security adviser Jake Sullivan, National Economic Council director Brian Deese and National Security Council chief of staff Yohannes Abraham. Only 10 aides in the first year of Trump’s White House boasted degrees from Yale.

The least popular Ivy League school for the Biden White House is Brown, which only counts two alumni among the staff. But for Trump, that honor went to Columbia, which had zero graduates among the positions counted in POLITICO’s analysis.

Biden hasn’t spoken much about Ivy League degrees, but said in February that he didn’t support forgiving up to $50,000 in student debt because such relief would help Ivy Leaguers.

“The idea that … I’m going to forgive the debt, the billions of dollars in debt, for people who have gone to Harvard and Yale and Penn,” he said without finishing the sentence.

Trump often bragged about allies and aides who attended Ivy League schools also talked up his own education at Wharton, and Penn’s student newspaper The Daily Pennsylvanian once reported that he publicly referenced his Wharton attendance 93 separate times from May 2015 to January 2018.

The Biden White House is also comparatively stocked with advanced credentials: 78 percent of Biden aides have graduate-level degrees — defined as a master’s degree, law degree or Ph.D. — versus only 57 percent of Trump aides.

For instance, Ashley Williams, the deputy director of Oval Office operations for Biden, went to Georgetown University, got a master’s from George Washington University and then a law degree from Penn.

Many of Trump’s closest operational aides, however, were hired for their close and trusting relationship with the boss. Former Trump body man John McEntee, who in practice carried out many of the responsibilities now managed by Williams, was a star quarterback at the University of Connecticut. Keith Schiller, who held the top Oval Office operations job in the first year of Trump’s presidency, graduated from New Paltz High School in New York state before joining the U.S. Navy and serving as a police officer — he does not appear to have attended college.

Other eye-catching comparisons include Bruce Reed, a deputy chief of staff for Biden, who attended Princeton University and received a master’s degree from Oxford, versus Trump’s Joe Hagin, who attended Kenyon College, and Rick Dearborn, who went to the University of Oklahoma.

Then there are the elites of the elites: the aides who hold three degrees exclusively from Ivy League schools or Oxford and Cambridge.

“President Biden understands better than most occupants of the Oval Office that the name of the institution on your degree matters a lot less than the intelligence, grit, and work ethic you bring to your job,” said White House spokesperson Mike Gwin. “He and the Vice President are the first pair to hold their offices in almost half a century and not have Ivy League degrees, and they’ve worked aggressively to fulfill a historic commitment to ensuring that their administration looks like America and reflects its diversity — in experience, background, and education.”

Another White House official added that they built a robust interview process to minimize bias and tracked diversity across the entire hiring process. More than half of Biden’s initial 1,400 appointees are women and more than half are people of color, according to the official. One third are first-generation Americans or the children of immigrants, and 16 percent are first-generation college graduates.

The official said that the White House doesn’t pay attention to where people went to school but instead focused on personality, fit, alignment on values and intellectual humility in its efforts to put together the most diverse administration ever. The official noted that especially among cabinet members of color, few went to Ivies.