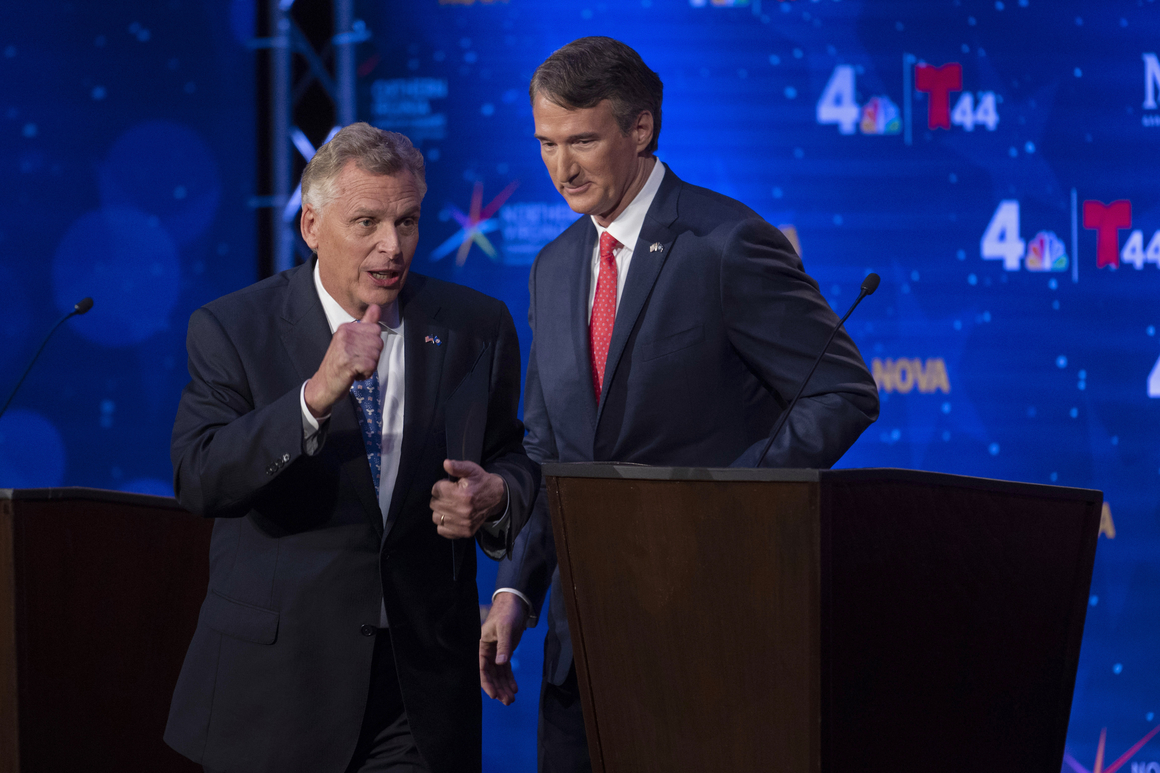 Joe Biden checked in. So did Stacey Abrams. And James Carville reached out — over 40 times in the last three months.

As the Virginia gubernatorial race careens toward the finish line, with just over three weeks to go, fundraising emails from former Gov. Terry McAuliffe and other Democrats are sounding the alarm. The McAuliffe campaign has tapped the aforementioned big names to sign emails: Biden urged supporters to chip in because “folks, the Virginia Governor’s race is a big deal not just for the Commonwealth but for our country.” Abrams’ email let everyone know, “All eyes are on Virginia.” And McAullife emailed his supporters last week with a simple question: “Are we blowing this?”

But there’s hardly been a more prolific email signer than the Ragin’ Cajun himself. Since July 14, Carville has signed his name to 47 different emails sent through the McAuliffe campaign.

Like other emails from Virginia Democrats, the Carville-signed missives have slammed on the panic button in recent weeks, as the race between McAuliffe and Republican Glenn Youngkin has tightened. Many of them are standard fare, trying to create a sense of urgency among grassroots donors.

But others highlight a greater concern: Carville’s hair. The famously bald strategist-turned-political celebrity told supporters of the former Virginia governor that he was “tearing my hair out” on both Sept. 1 and Sept. 2. By the end of the month, it was too late. “I’m not going to have much hair left,” was the subject line on Sept. 27.

Bombast and hyperbole are nothing new in online fundraising. But in Virginia, the messages have a particular weight, where Democrats have been on the wrong end of an enthusiasm gap for their voters and are struggling to keep pace financially with a wealthy, self-funding GOP candidate who has already given his campaign more than $16 million.

“Cook moved it to a tossup,” Carville said in an interview, referencing the well-known election forecasters at Cook Political Report. “And I think that the McAuliffe people were not upset at all. I think the electoral history is not good at all, for the party that wins the presidency.”

The emails from Carville have been successful, at least in raising money. Carville’s emails have raised half a million dollars, the campaign said. And outside of McAuliffe himself and Abrams, Carville is the top email signer fundraiser.

As for why he lent his name to dozens of fundraising messages for McAuliffe, his old pal in Clintonworld? “Because I’m an email-signing slut,” he said with a chuckle.

Democrats remain intensely focused on firing up their base in the home stretch. In most public polls, GOP voters have been more enthusiastic about the upcoming election. The most recent was a poll from the Wason Center at Christopher Newport University on Friday, which showed McAuliffe up by 4 points within the poll’s margin of error. But the survey also found that Republican voters were more enthusiastic about the race than Democratic voters, which has been consistent with other public polling in the race.

“It’s really, really important, and it’s especially damaging to Democrats,” said Ron Wright, a Republican state central committee member and a co-chair of the Northern Virginia Republican Business Forum. Wright said he believed that Youngkin’s recent focus on education, where the Republican campaign has been hammering away on McAuliffe in TV ads, would further energize Republican-leaning voters and independents.

Democrats are also grappling with Biden’s slipping poll numbers in the state. A late September Fox News poll in the state had Biden even among registered voters, with 49 percent both approving and disapproving, in a state he won by 10 points. And national polls have shown him underwater recently — something McAuliffe himself acknowledged last week.

“We are facing a lot of headwinds from Washington, as you know,” McAuliffe said on a video call with supporters, circulated by Republicans. “The president is unpopular today, unfortunately, here in Virginia, so we have got to plow through.”

All eyes are on early voting in the state, which started about two weeks ago, for any early signs about who will turn out between now and the rest of the election. It is the first gubernatorial election where any voter can choose to vote early, either via the mail or in person.

So far, over 255,000 people have voted early, according to data from the Virginia Public Access Project. That is already more people who voted early than in the 2017 gubernatorial election, before the new election laws went into place.

Both campaigns have recently started dumping resourcing into encouraging voters to go to the polls or cast a mail ballot early, especially with many voters still unfamiliar with the process.

“Everyone is trying to alert people to this because we’ve always had an opportunity to vote early but you had to have an excuse and so it was not well utilized,” said Ben Tribbett, a longtime Virginia-based Democratic strategist. “So it is something that is a little bit new to the state.”

The two men have matched each other nearly blow for blow in fundraising throughout the campaign. However, in the most recent fundraising period, which covers July 1-Aug. 31, Youngkin brought in more: $15.7 million, buoyed by a $4 million personal loan, versus $11.5 million for McAuliffe, according to data from the Virginia Public Access Project. McAuliffe had double Youngkin’s cash on hand, $12.6 million versus $6 million, though the Republican nominee could write another check to close the gap at any time.

It is a significant reversal from 2013, when McAuliffe was able to swamp then-state Attorney General Ken Cuccinelli, significantly outraising him and overrunning the Republican on television en route to becoming the first politician to win the Virginia gubernatorial race while his party controlled the White House in decades.

Both national parties are also spending extensively in the race. In that time period, the Republican Governors Association gave nearly $4 million million to Youngkin, while McAuliffe got $2.5 million from its Democratic counterpart.

Since the beginning of September, McAuliffe has outspent his opponent on advertising. Ad Impact, an ad tracking firm, has found nearly $12.1 million in spending from McAuliffe’s campaign, compared to $9.4 million. (These totals include digital ad spending.)

But that recent advantage only comes after Youngkin was on the airwaves largely unchallenged for months. Youngkin immediately launched a steady stream of television ads right after he won his party’s nomination in May and has not let up since. McAuliffe was dark, meanwhile, from when he won the party’s nomination in early June through his late July, but joined his Republican opponent in bombarding the state’s airwaves with TV ads.

Since the beginning of October, through Friday afternoon, the two have combined to air over 6,700 television spots, according to AdImpact data. That number is split almost exactly down the middle, with Youngkin holding a 92-ad lead.