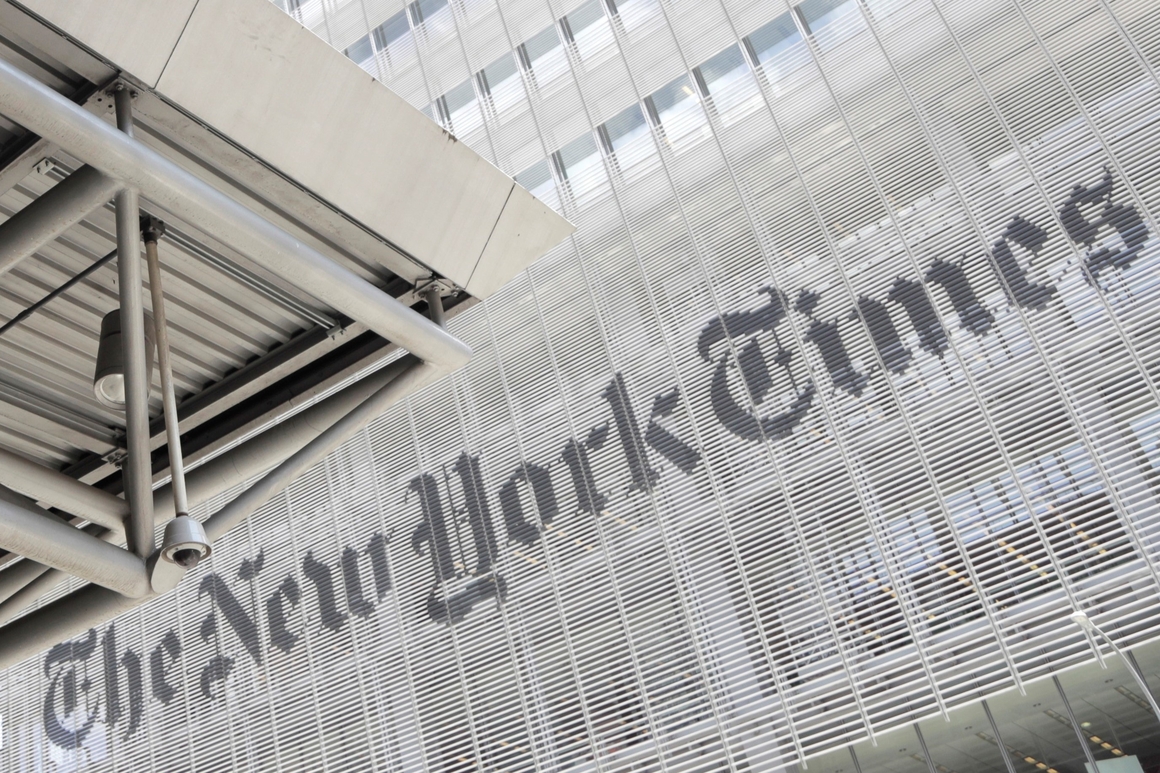 One of the few things that Barack Obama and Donald Trump agree on is cancel culture.

In the last year, as numerous public figures have become the targets of online campaigns by social media swarms, the former and current president have spoken out against the practice. “That’s not activism,” Obama said last November. “That’s not bringing about change. If all you’re doing is casting stones, you’re probably not going to get that far. That’s easy to do.”

In a Fourth of July speech at Mount Rushmore, Trump said, “We want free and open debate, not speech codes and cancel culture. We embrace tolerance, not prejudice.” Speaking of the left, he added that “one of their political weapons is ‘cancel culture’ — driving people from their jobs, shaming dissenters, and demanding total submission from anyone who disagrees. This is the very definition of totalitarianism, and it is completely alien to our culture and our values, and it has absolutely no place in the United States of America.” (One commentator quickly pointed out that Trump has long been one of the most enthusiastic practitioners of cancel culture.)

We were curious how much this debate over cancel culture — which has quickly morphed from a Twitter obsession for elite journalists to a campaign rallying cry for Trump — has permeated the public consciousness. We asked our polling partner, Morning Consult, to field some questions in our weekly survey and one surprising finding is the number of Americans who now agree with Obama and Trump and want to cancel cancel culture — or at least its worst aspects.

There’s significant disagreement about what cancel culture is or even whether it exists. The POLITICO survey used a neutral definition of cancel culture adapted from its entry on dictionary.com: “the practice of withdrawing support for (or canceling) public figures and companies after they have done or said something considered objectionable or offensive.”

While online shaming may seem like a major preoccupation for the public if you spend a lot of time on Twitter, only 40% of voters say they have participated in cancel culture and only one in 10 say they participate “often.” It appears to be more of a liberal pursuit: Half of Democrats have shared their dislike of a public figure on social media after they did something objectionable, while only a third of Republicans say they have.

Age is one of the most reliable predictors of one’s views. Members of Generation Z are the most sympathetic to punishing people or institutions over offensive views, followed closely by Millenials, while GenXers and Baby Boomers have the strongest antipathy towards it. Cancel culture is driven by younger voters. A majority (55%) of voters 18-34 say they have taken part in cancel culture, while only about a third (32%) of voters over 65 say they have joined a social media pile-on. The age gap may partially explain why Ernest Owens, a millennial journalist, responded to Obama’s criticism with a New York Times op-ed that amounted to a column-length retort of “OK, boomer.”

The poll also suggests that the public at large is more forgiving than the gladiators on social media. When asked about controversial or offensive statements from public figures, the longer ago the comment was made the less likely it mattered. Fifty-four percent said that a problematic statement made a year ago was likely to “completely” or “somewhat” change their opinion of the person, versus 29% who said it would “change a little bit” or “not change at all.”

The debate over cancel culture has recently intersected with discussions about race and diversity that are taking place inside many American institutions, including major newsrooms.

Last month, The New York Times pushed out James Bennet, its editorial page editor, after an outcry among staff over an op-ed the paper solicited from Sen. Tom Cotton (R-Ark.) calling for the use of the military to quell violent protests. One of Bennet’s right-leaning (but anti-Trump) writers, Bari Weiss, left this month after what she described in a fiery resignation letter as “forays into Wrongthink” that “have made me the subject of constant bullying by colleagues who disagree with my views.” She decried how the Times has allowed Twitter to “become its ultimate editor.”

Last week the right-leaning (but anti-Trump) journalist Andrew Sullivan parted ways with Vox Media’s New York Magazine after years of friction between him and the publication’s younger and more left-leaning staffers. “A critical mass of the staff and management at New York Magazine and Vox Media no longer want to associate with me,” he wrote.

The Bennet resignation was a catalyst for a group of academics, journalists, and artists to sign an open letter published in Harper’s Magazine that condemned a “censoriousness” marked by “an intolerance of opposing views, a vogue for public shaming and ostracism, and the tendency to dissolve complex policy issues in a blinding moral certainty.” (Full disclosure: my girlfriend, Olivia Nuzzi of New York Magazine, signed the letter.)

But in both of those cases for those Americans who did offer an opinion, the anti-cancel culture warriors had the majority view: 56% approved of The Letter and 70% approved of Weiss’s decision to quit “because of perceived harassment and her perception of self-censorship within the New York Times due to Twitter.”

There have been some signs of a correction, including at the Times. Recently Steven Pinker, the Harvard linguist, was the target of a campaign to have him removed as a distinguished fellow of the Linguistic Society of America. After looking into the criticism, which involved allegations of racial insensitivity, and finding them lacking merit, the Times’s Michael Powell reported the controversy not with bloodless bothsidesism but rather as a debunking of the meritless charges against Pinker.

There was widespread outcry over the treatment of David Shor, a young data analyst at the progressive group Civis Analytics who was apparently fired for tweeting an academic study about how violent and nonviolent protests shaped public opinion in the sixties.

Cancel culture has seized the attention of many journalists, and I shared the results with two writers who have been prominent in the recent debate but on opposite sides of it. Matt Taibbi, a longtime Rolling Stone writer who also has an independent platform on Substack, said he wasn’t surprised that the poll suggests there’s a backlash against cancel culture. His concern as a writer who often bucks liberal conventional wisdom — he was highly skeptical of the Russia-Trump connection — is that institutions need an intellectual environment with a wide enough spectrum of views to sometimes allow for bad, even terrible, arguments.

“One of the reasons I took up the subject,” he said in an interview, “is that I have a lot of discussions with people who work in the media who in the last few months have said they are afraid to pitch a certain kind of story because they don’t want it to get around that they’re interested in a certain topic because they might end up on the radar of people in the union or those who are very politically engaged in the newsroom.”

He gave the example of a colleague who wanted to do a story about a pharmacy in a small town that was damaged during protests in the wake of the killing of George Floyd and resulted in the sick and elderly unable to fill prescriptions.

“It’s not about James Bennet or Bari Weiss or Andrews Sullivan specifically,” he said. “But it only takes a couple of high-profile examples to dramatically impact how people think and behave, especially in this job climate. A lot of people thought I was defending the Tom Cotton editorial. I wasn’t. What I was saying is that the editor watching that is going to see wherever the line is and say, ‘I should stay far away from it.’ And as soon as that mindset takes hold what you get is a whole lot of people who are afraid to say anything that everyone else isn’t already saying and that’s dangerous for our business.”

Taibbi added, “You have to be able to screw up occasionally.”

Osita Nwanevu, a staff writer at The New Republic, has been making the case that the backlash against cancel culture is overblown. He viewed the survey results as similar to other polls that show the public is often against somewhat scary-sounding things like political correctness and cancel culture in the abstract, but in favor of the underlying ideas in many specific cases.

“You often see pluralities or majorities saying this stuff goes too far,” he said in an interview. “But then if you ask whether we ought to be more concerned about sexual harassment or racism or whether certain specific kinds of speech ought to be sanctioned, then you start to see the that fundamental ideas behind these freighted terms are more popular than the terms themselves.”

The debate over cancel culture, in Nwanevu’s view, is more about power. One person’s online mob is another person’s vehicle to hold someone accountable.

“What we’re seeing described as cancel culture isn’t so much a new kind of behavior but a new set of actors in our political discourse who get to say what isn’t ok — young people, African Americans, transgender people,” he said. “They now have the power to have their voices heard. Everyone thinks there are lines. The question is where are those lines and who gets to draw them.”